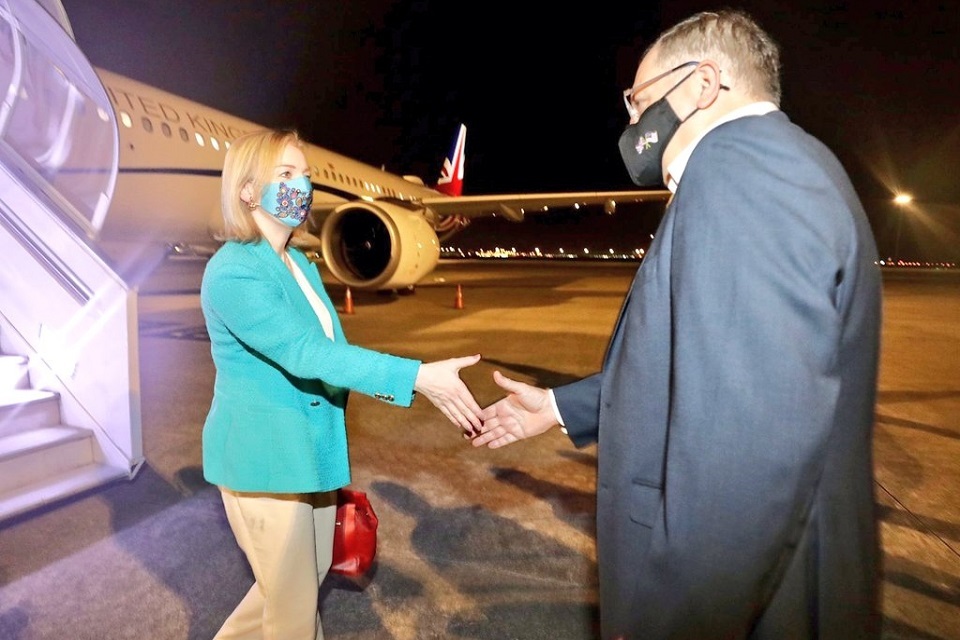 Foreign Minister Liz Truss will arrive in Malaysia today (Sunday, November 7) as part of a week-long visit to Southeast Asia to deepen economic and security ties with fast-growing countries and more and more influential.

Truss will visit Malaysia, Thailand and Indonesia to strengthen the UK’s relationship with each country, reflecting their growing economic and diplomatic weight. Foreign Minister believes UK ties to key South East Asian countries are ‘undernourished’ and deepening them will provide UK jobs and opportunities while boosting security and prosperity in the region.

As COP26 continues in Glasgow, with a week of negotiations ahead, the Foreign Minister will forge closer links on infrastructure investments in the region and step up work through the Clean Green Initiative to co-invest in reliable and sustainable infrastructure with friends and partners.

I want to position Britain where the future growth is and think about who our main partners will be in 2050 and beyond.

South East Asia will be the engine of the global economy and I want Britain to be a part of it, improving our economic and security relationship with the region to reflect its growing importance.

Closer ties are a win-win solution, providing jobs and opportunities for the British while ensuring an open, secure and prosperous Indo-Pacific. Working with key Southeast Asian partners will help us promote freedom and democracy around the world.

The visit follows the agreement of a new partnership between the United Kingdom and the Association of South East Asian Nations (ASEAN). The â€œDialogue Partnershipâ€ formalizes the UK’s relationship with the group, including attendance at annual meetings of Foreign and Economic Ministers as well as other ministerial commitments. It will also help advance discussions on closer economic and technological relations.

ASEAN is a market of 650 million people, expected to be the fourth largest ‘single market’ by 2030 and trade between the UK and ASEAN countries was worth nearly Â£ 34 billion in 2020.

The three visiting economies are expected to grow at a faster rate than the world’s largest economy, the United States, through 2050 (The Economist Intelligence Unit’s 2021 forecast). Indonesia is expected to more than quintuple its GDP (PPP $) by 532% between 2020 and 2050 – with increases in Malaysia and Thailand of 393% and 258% respectively.

In Malaysia, the Minister of Foreign Affairs will meet with Prime Minister Ismail Sabri to discuss defense cooperation, as well as trade. She will also meet with her Malaysian counterpart, Saifuddin Abdullah, to forge closer ties on maritime security and defend free trade.

The Foreign Minister will then travel to Thailand where she will meet Prime Minister Chan-o-cha and Foreign Minister Don Pramudwinai to discuss deepening digital and technological investments and collaboration on security. As part of the visit, Truss will officially open the new British Embassy in Bangkok and visit the Triumph Motorcycle factory to promote British businesses in the region.

Finally in Indonesia, the Minister of Foreign Affairs will meet the Minister of Foreign Affairs Retno Marsudi for talks on questions of economic diplomacy, trade and foreign policy, in particular the crisis in Myanmar and Afghanistan. She will also meet with the ASEAN Secretary General to discuss deepening ties and collaboration to help the region build back better. During the visit, Liz Truss will also forge closer ties with Indonesians on counterterrorism and cybersecurity.

Threats on campus deemed not to be credible