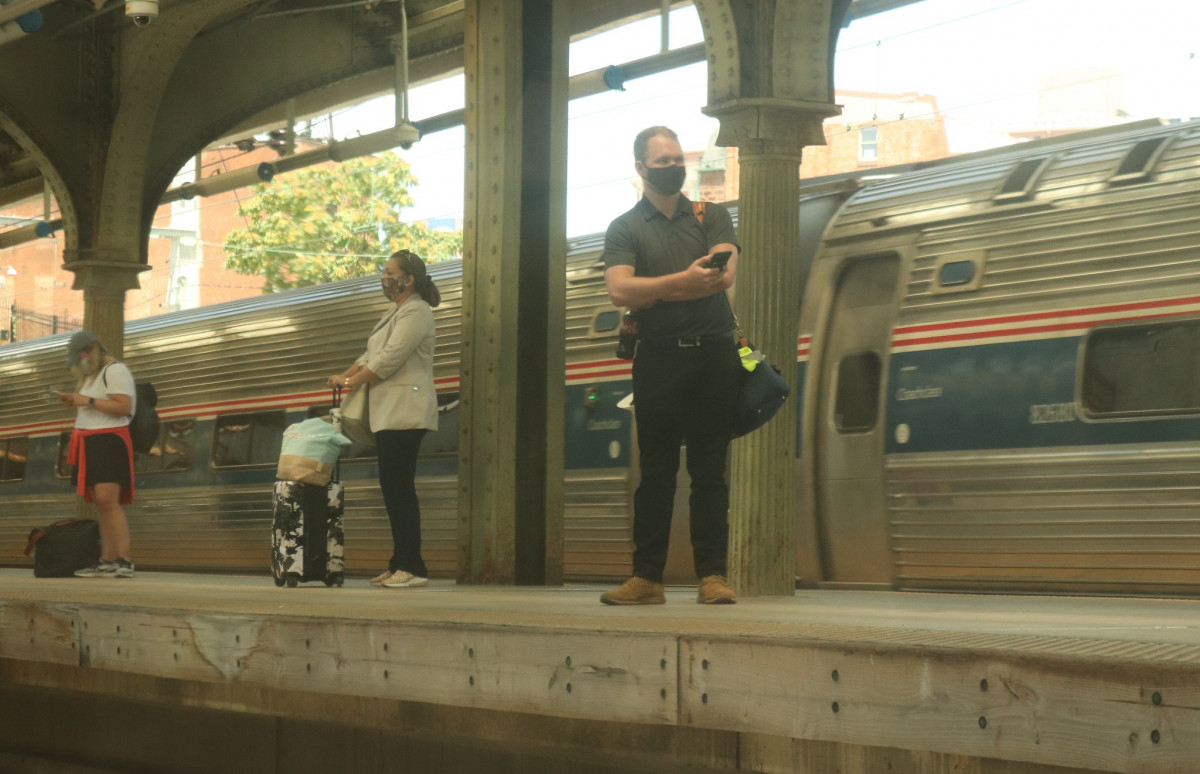 Mass transit systems are not designed for a work-from-home world. Chemicals from car tires kill fish. Public transit and affordable housing do not make the connection.

Preparing public transit for modern work: Before the pandemic, only 5% of all hours worked were from home. After the pandemic, this number is expected to rise to 28%, a stark and remarkable societal change. This is likely to have a huge impact on urban transportation, as many cities’ transit systems are primarily organized around business travel. Now, transit agencies have the flexibility to reorganize to support a new routine. (Nick Caros | Eno Center for Transportation)

Tire chemicals kill fish: Researchers following up on a study that showed salmon were affected by a tire chemical found in runoff have also found that other fish like trout are affected by the same chemical in streams near roads . The chemical, which has been used in tires since the 1950s, works to prevent fish from processing oxygen when they breathe. A small amount in an urban stream is enough to choke and kill trout. (Bob Weber | Toronto Star)

Public transport and housing do not coordinate: The importance of linking affordable housing and transport is well known, but linking them in practice is another matter. New research from the Transit Cooperative Research Program addresses the challenges residents face in education, employment and health care when public transit isn’t as accessible as it should be. The work also shares solutions some agencies have used to bridge the gap. (Maria Zimmerman | MZ Strategies)

Infrastructure Bill is watershed moment for buses: Typically, buses are replaced every 12 years, and agencies have used limited federal funds for replacement and construction of facilities. But thanks to federal infrastructure legislation, there is now $2.35 billion available for buses. This means that agencies should start thinking more about how to provide better bus service through capital improvements that may not have been available in the past, including bus stops, stations and ADA improvements. (Transit Center)

The legacy of Christophe Alexandre: Urban design pioneer Christopher Alexander died last week at the age of 85. His books, including his best-known work, “A Pattern Language,” are still must-read for architecture students and computer coders around the world, and his insights still hold lessons for us today. (Michael Mehaffy | Planetizen)

Quote of the week:

“When asked to estimate their annual gas tax expenditure, only one in five respondents came within 10% of the calculated cost. 55% of respondents underestimated their gas taxes by more than 10%. The remaining 24% overstated, sometimes by huge margins… People often couldn’t guess how much they were paying in state gasoline taxes, but 52% of respondents still thought it was too high. »

Catie Gould in Sightline explains how voters in Washington state have no idea how much gas taxes are.

This week in podcast, Brookings’ Adie Tomer explains how transit-oriented development and active transportation play a role in climate strategies.

Sanctions for research and innovation against Russia and support for Ukraine