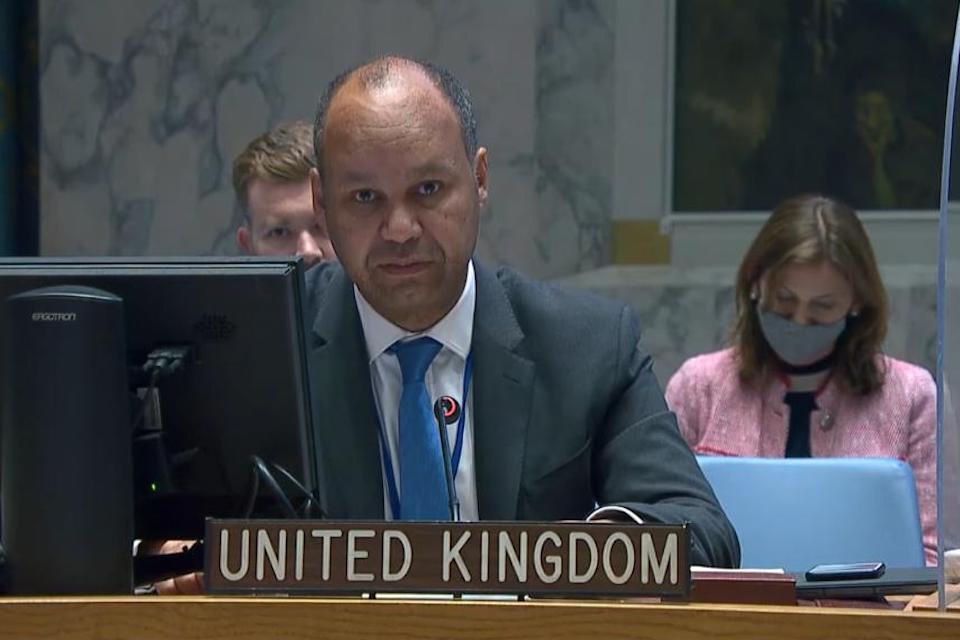 Thank you, Madam President. Allow me to thank SRSG Swan for his briefing, and we look forward to hearing from Special Representative Madeira.

I will focus my remarks today on three subjects: the presidential elections in Somalia, security and the humanitarian situation.

The United Kingdom welcomes the completion of the presidential election on 15 May and warmly congratulates Hassan Sheikh Mohamud on his election. Although women’s representation in parliament is yet again below the 30% target, we welcome the historic election of Sadia Yasin Haji as Somalia’s first female Vice President.

The conclusion of the electoral process provides an opportunity to end political uncertainty and refocus on issues of pressing national importance: addressing the threat posed by Al-Shabaab, maintaining fiscal stability, pursuing constitutional reform and respond to the devastating drought. The UK stands ready to support the government of President Hassan Sheikh in its efforts and encourages all Somali leaders to work together in a spirit of reconciliation and collaboration.

Regarding security, we thank ATMIS for its security support throughout the elections and condemn Al-Shabaab’s persistent attempts to disrupt the process. We extend our condolences to those affected by the terrorist attack by Al-Shabaab against the Burundian contingent of ATMIS on 3 May.

The ongoing threat posed by Al-Shabaab underscores the need for the new government to reach broad political agreement on an effective, affordable national security architecture that facilitates a sustainable transition to Somali-led security, while maintaining pressure on Al-Shabaab. Shabaab. The UK will continue to work with the Federal Government of Somalia and Federal Member States, as well as other international partners, to achieve this.

Madam President, as we have heard, the impact of the drought is alarming. It is increasingly likely that Somalia will face famine, despite our collective commitment that this will never happen again. More funds and collective action are needed if we are to prevent famine in Somalia. The UK Minister for Africa has announced an additional $31 million in response to the humanitarian crisis in Somalia, on top of the $25 million already committed this year.

As we celebrate recent achievements in Somalia, we must not lose sight of the work that remains to be done to ensure that the situation continues to evolve in a peaceful and stable manner. We look forward to working with President Hassan Sheikh and his government to advance peace, stability and prosperity in Somalia for the benefit of all Somalis.

Heavy Alcohol Use Has a Powerful Impact on Teen’s Brains, Study Finds – UB Now: News and Views for UB Faculty and Staff