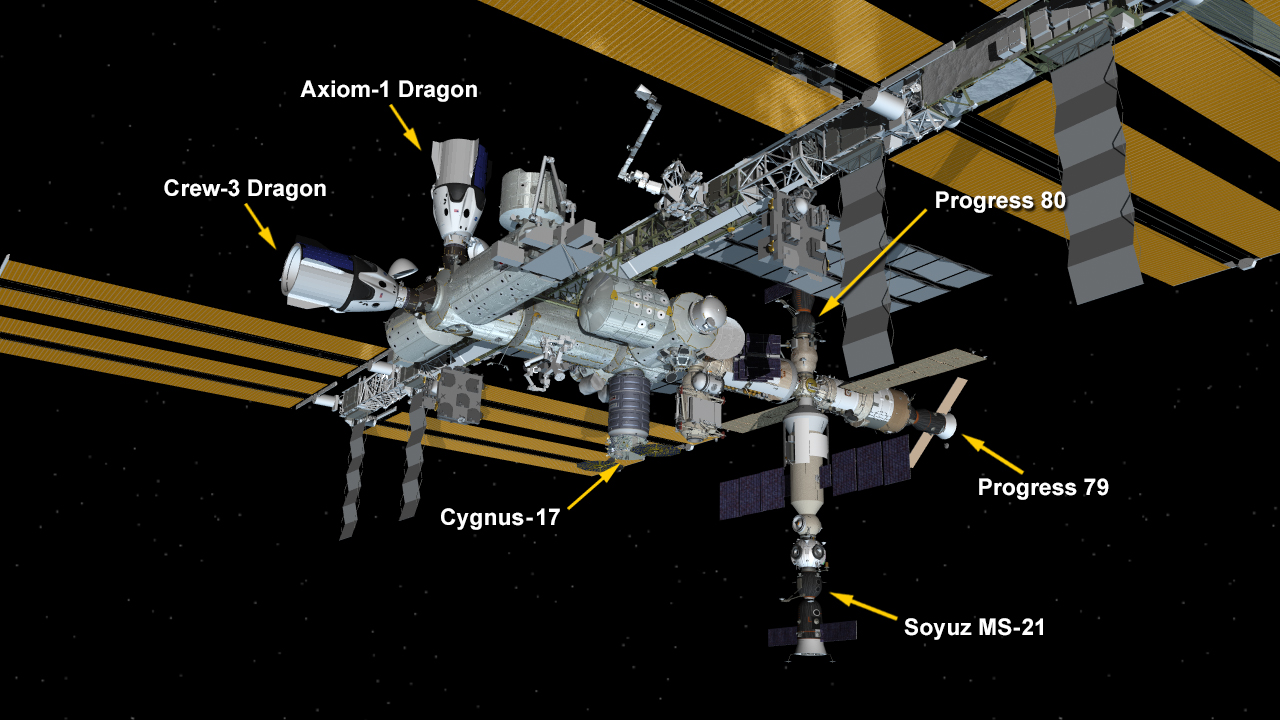 Integrated NASA, Axiom Space and SpaceX teams have agreed on a plan for the Axiom 1 (Ax-1) mission crew to retire from the International Space Station at 8:35 p.m. EDT on Saturday April 23, for a dip off the coast. from Florida around 1:46 p.m. on Sunday, April 24. The decision was made based on the best weather conditions for landing the first private astronaut mission to visit the International Space Station and the return trajectory required to bring the crew and the SpaceX Dragon Endeavor spacecraft back to Land safely.

NASA will provide live coverage of departure activities beginning at 6:15 p.m. on Saturday, April 23, with the hatches scheduled to close at 6:30 p.m. Coverage will resume at 8:15 p.m. for undocking. Crews will continue to monitor weather at dump sites prior to undocking to ensure conditions are acceptable for safe recovery of the Ax-1 astronauts and Dragon spacecraft.

NASA and Axiom mission planning has prepared for the possibility of additional time on station for private astronauts, and there are sufficient provisions for all 11 crew members aboard the space station. The Ax-1 crew continues to work on previously planned mission activities. The Ax-1 crew and Dragon spacecraft remain healthy.

Dragon Endeavor’s departure from the space station will clear the docking port for the arrival of Dragon Freedom and NASA’s SpaceX Crew-4 astronauts. The first potential launch opportunity for the Crew-4 mission is at 4:15 a.m. on Tuesday, April 26, with additional opportunities on Wednesday, April 27 and Thursday, April 28. These launch opportunities are subject to a more detailed program review to ensure they align with integrated operational timelines. Crews want to allow a two-day gap after Ax-1 returns for review of splashdown data and to prepare for Crew-4 launch, including staging recovery assets.

Crew-4 astronauts spent last night at Kennedy Space Center in Florida rehearsing the countdown to launch inside the SpaceX Dragon Freedom, the company’s newest crew ship. During the night, Crew 4 Commander Kjell Lindgren, Pilot Robert Hines along with Mission Specialists Jessica Watkins and Samantha Cristoforetti, donned their pressure suits and entered their vehicle to conduct a successful dress rehearsal. The Falcon 9 rocket, with the Freedom perched atop, stands at Launch Complex 39A.

Expedition 67 crewmates Raja Chari and Tom Marshburn, who are also the commander and pilot of SpaceX Crew-3 respectively, spent some time on Wednesday with their upcoming departure activities. The pair, accompanied by NASA’s Kayla Barron and ESA’s Matthias Maurer, will await the arrival of their Crew-4 replacements before returning to Earth a few days later inside the Dragon Endurance vehicle. The four astronauts had a light work day on Wednesday to plan some household chores.

On the station’s Russian segment, cosmonauts Oleg Artemyev and Denis Matveev wrapped up their post-spacewalk activities today by packing up their tools and discussing the excursion with specialists on the ground. The duo launched a series of spacewalks on April 18 to configure the European robotic arm for operations on the Nauka Multipurpose Laboratory Module. Roscosmos flight engineer Sergey Korsakov started his day with electronics and communications maintenance before studying future techniques for piloting spacecraft and robots in the afternoon.