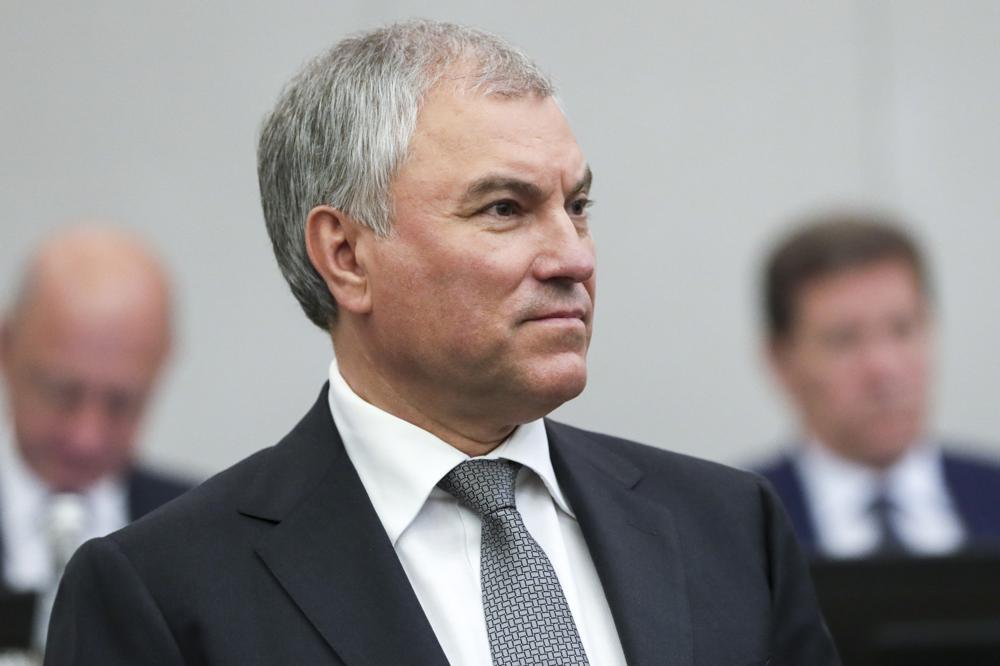 MOSCOW (AP) — A senior Kremlin official warned the United States on Wednesday that it could face the “wrath of God” if it continues efforts to help establish an international tribunal to investigate the Russia’s action in Ukraine, while the speaker of the Russian lower house urged Washington to remember that Alaska belonged to Russia.

Dmitry Medvedev, deputy secretary of the Russian Security Council chaired by President Vladimir Putin, denounced the United States for what he described as its efforts to “sow chaos and destruction across the world in the name of ‘true democracy'”.

“The whole history of the United States from the time of the subjugation of the native Indian population represents a series of bloody wars,” Medvedev charged in a lengthy rant on his Telegram channel, pointing to the US nuclear bombing of Japan during World War II and the war in Vietnam. “Has anyone been held responsible for these crimes? What court condemned the sea of ​​blood spilled by the United States there? »

Responding to US-backed calls for an international tribunal to prosecute Russia’s perceived war crimes in Ukraine, Medvedev dismissed it as an attempt by the US “to judge others while remaining immune from any trial”.

“It won’t work with Russia, they know that,” Medvedev concluded. “That’s why rotten war dogs bark so disgustingly.”

“The United States and its useless cronies should remember the words of the Bible: Judge not and you shall not be judged…so that the great day of its wrath may not one day come to them,” Medvedev said, making reference to Revelation.

He noted that “the idea of ​​punishing a country with the greatest nuclear potential is absurd and potentially creates a threat to the existence of mankind”.

The warning follows a series of harsh statements by Putin and his officials who have pointed the finger at Russian nuclear arsenals to warn the West not to interfere with Moscow’s action in Ukraine.

Medvedev, who served as Russia’s president from 2008 to 2012 when Putin rose to the post of prime minister due to term limits, was widely seen by the West as more liberal than his mentor. In recent months, however, he has made remarks that have sounded much harsher than those issued by the most hawkish Kremlin officials.

In another stern warning to the United States, Vyacheslav Volodin, a longtime Putin aide who is the speaker of the lower house of parliament, warned on Wednesday that Washington should remember that Alaska was part of Russia when it freezes Russian assets. Russia colonized Alaska and established several colonies there until the United States purchased it from Russia in 1867 for $7.2 million.

“When they try to take our assets abroad, they have to be aware that we also have something to claim,” Volodin said during a meeting with lawmakers.