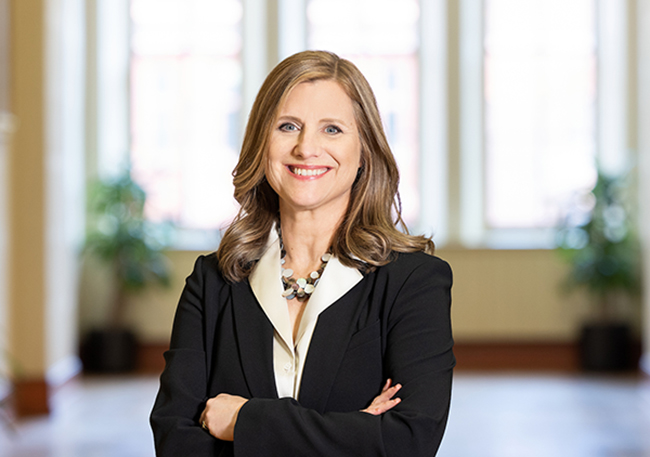 Mixing tradition and fun for the inauguration of President Liz Magill

A historic occasion, the Presidential Inauguration of Liz Magill will take place on Friday, October 21, 2022. A series of events will unite the Penn family and draw guests to campus from across the city, state and country to celebrate the ninth president of the University. .

Announcing the inauguration festivities, Chairman of the Trustees Scott L. Bok said Chairman Magill was “a leader of proven strength and a person of unquestionable principles to lead Penn into the future.” In his post, Mr. Bok continued, “His upcoming grand opening will reflect both the solemnity of this historic moment for our centuries-old university, as well as the wonderfully festive spirit we all know and love about Penn.”

In keeping with tradition, an academic procession through campus will depart from the Annenberg Center at 9:30 a.m., just before the ribbon-cutting ceremony. Participants will pass through Locust Walk and through Penn Commons, ending at the Irvine Auditorium. All are invited to encourage the procession.

The ribbon-cutting ceremony begins at 10 a.m. at the Irvine Auditorium. Once Irvine’s capacity is reached, faculty, staff, students and alumni are encouraged to view a live broadcast of the event together in a tent on Penn Commons. Those interested in watching but unable to attend in person will have the option of viewing via webcast.

After the dedication ceremony, College Green will be the base for a fun picnic from noon to 2 p.m. for the Penn community, featuring Philadelphia food from CookNSolo restaurants (Zahav, Federal Donuts, Goldie, and more) and desserts, including a special Penn-flavored Bassetts Ice Cream’s inaugural Berry Chocolate Chunk. A concert will feature musical guests Jeff Tweedy and Sheryl Crow, two of President Magill’s favorites.

At 2:30 p.m., back at the Irvine Auditorium, an engaging academic symposium, featuring President Magill in conversation with United States Supreme Court Justice Elena Kagan, will take place. Like the ribbon-cutting ceremony, the symposium will be broadcast live from a tent at Penn Commons and online.

President Magill’s inauguration also coincides with Homecoming weekend, highlighting a mix of traditional alumni events, including QuakerFest and the homecoming football game on Saturday, October 22, and a surplus of activities specially organized artistic and cultural activities, with a gallery visit, a group slam, an arts fair, visit to sculptures and much more.

At 8 a.m. on October 22, before the annual Penn Relays 5K around Penn Park, which begins and ends at the iconic Franklin Field, President Magill and her Goldendoodle Olive, along with Quaker mascot the Penn Band, student-athletes, and members of the Division of Public Safety and the Penn Vet Working Dog Center – will lead a walk across campus (starting at 38th and Locust Drive) to Franklin Field, where she will help to launch the 5K.

During the Inauguration and throughout this year, President Magill also intends to emphasize service. In addition to celebrating the 30th anniversary of the Netter Center for Community Partnerships in the days leading up to the groundbreaking ceremony, President Magill will highlight service opportunities and organizations in the upcoming academic year.

Visit the Penn Inauguration website for a detailed event schedule and event registration links, which will be continually updated in the months ahead. Also find information about President Magill, how to view the Investiture Ceremony and Academic Symposium online, and more.

Adapted from a Penn Today article by Lauren Hertzler, August 26, 2022.