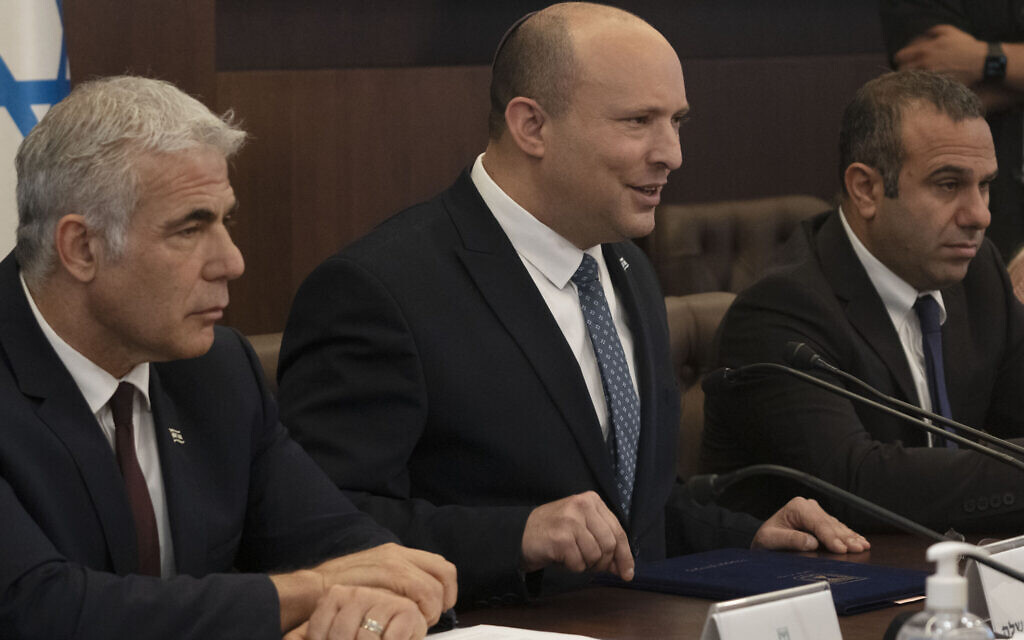 The Knesset reopens for the summer session on Monday, with the government struggling to survive after losing its majority over the holidays and the opposition vowing to topple it.

The crisis was sparked by the surprise defection of former whip Yamina MK Idit Silman on April 6, which ended the eight-party coalition’s one-seat majority, leaving the 120-member parliament in the deadlock with a parity of 60-60 seats between the coalition and the opposition.

For the coalition, the loss was further exacerbated by the Islamist Arab Ra’am party which froze its membership in the coalition amid tensions on the Temple Mount in Jerusalem.

Ra’am faces pressure from within, split on whether to support party leader Mansour Abbas’ experiment in taking an active role in Israeli politics or cut his losses and return to the opposition .

If Ra’am withdraws its four seats, the government will find itself in a clear minority.

Opposition parties have sworn to take advantage of it. After opposition party leaders gathered at the Likud headquarters in Tel Aviv on Sunday, they agreed to continue the “determined and unified struggle” to overthrow the government.

“The government has lost its majority in the Knesset – it has no public legitimacy and is illegitimate,” a statement read.

The opposition will bring a vote of no confidence on Monday. However, this would be largely symbolic and should have no effect other than to slow down the coalition’s legislative process and possibly embarrass the government.

The opposition is also reportedly weighing whether to pass a bill to disperse the government on Wednesday, when private bills can be brought forward.

Dispersing the Knesset without another demanding trigger requires a law. If it is introduced by the Likud party on Wednesday, as a non-government bill, and passes its preliminary reading, it would not mean that the government automatically dissolves. Instead, it is expected to pass a first, second and third vote in future plenary sessions.

But introducing the bill carries risks for the opposition. If the bill does not receive a simple majority of votes on its preliminary or first reading, the Opposition would be barred from reintroducing it for six months, removing a major arrow from its quiver.

A bill to disperse the Knesset needs 61 votes to pass its third and final reading, meaning the opposition would also have to secure another defector from the coalition, something it has yet to do.

It is also unclear whether the opposition Joint List party, with six seats, would join the right-wing religious bloc in the vote.

The Likud-led opposition has reportedly repeatedly failed to secure another defector from one of the right-wing coalition parties or Ra’am despite several generous offers.

Adding a second layer to the drama is that if anyone takes the plunge, their party affiliation will determine who would be caretaker prime minister until the election and the swearing in of a new government.

Under the current coalition agreement, if he is a member of a right-wing party, Foreign Minister Yair Lapid would take the helm. 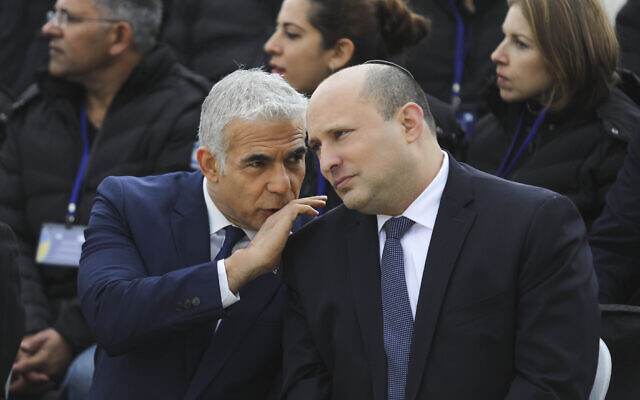 But if the defectors are center or left, including Ra’am, then Bennett remains prime minister.

Silman counts as a Yamina MK; former MK Yamina Amichai Chikli – who jumped ship when the coalition was formed – is not, critically, according to the Lapid camp.

A third option for the opposition would be to get an entire faction of the coalition to switch allegiance and establish a government without new elections. The Walla news site reported on Sunday that this was the preference of the ultra-Orthodox United Torah Judaism party, although it meant the government would be formed and led by someone other than former Prime Minister Benjamin Netanyahu.

Although the right has a clear majority in the Knesset, several parties have refused to join any coalition under Netanyahu, who is on trial in three corruption cases. Netanyahu has refused to step down as Likud leader.

Channel 12 reported that New Hope’s Zeev Elkin and Likud’s Yariv Levin held a meeting in the Knesset on Sunday, with the two saying it was only procedural matters. However, the report speculated that they may discuss future cooperation.

Elkin is one of several Likud party members who broke with Netanyahu. 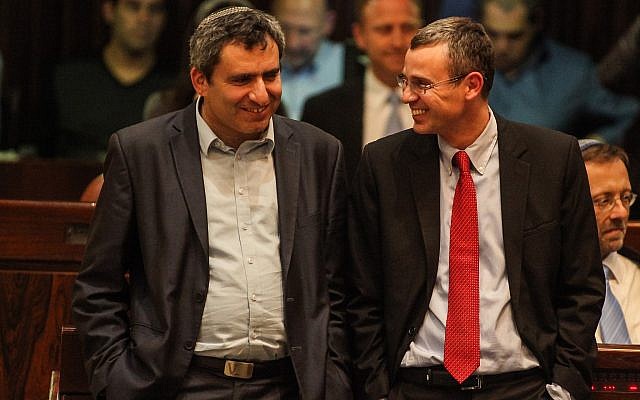 For the coalition, the threat of a dissolution bill is compounded by uncertainty over how Ra’am plans to act.

Channel 12 reported on Sunday that major flaws remained in negotiations between Ra’am and other coalition leaders aimed at getting the Islamist party to resume operations within the ruling bloc.

The party plans to boycott Wednesday’s plenary session and the dispersal vote.

Although it would only be preliminary reading and would require several more approvals to pass, it would set in motion the process of toppling the government, which the coalition would prefer to avoid.

The recent conflict in Jerusalem has exacerbated these pressures, making it difficult for party leader Abbas to find his way back into the coalition.

Abbas wrote on Facebook on Saturday that his party would determine its position on the Temple Mount based on the positions of Jordanian King Abdullah II, who he said was the holy site’s rightful guardian.

Known as Haram al-Sharif or the Al-Aqsa complex to Muslims, the Temple Mount is the holiest site in Judaism and the third holiest in Islam. Recent tensions at the site have spilled over into terror attacks across Israel, pressure from Israel’s allies, threats from Hamas and the exacerbation of the ongoing coalition crisis.

In addition to pressure from the wider party, Abbas will have to contend with two of his three other parliamentarians. MP Walid Taha has been firm on keeping the freeze and MP Mazen Ghanaim, who would focus on his 2023 bid to return as mayor of Sakhnin, said he wanted the party out of the coalition. 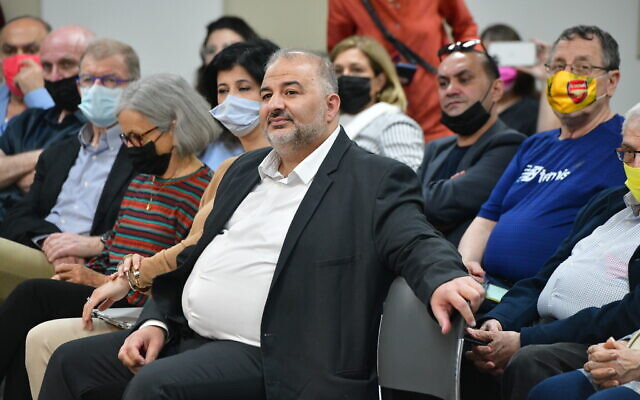 Beyond the dispute with Ra’am, the coalition is hampered by the fact that with only 60 members, each MP has the ability to overthrow the government if their demands are not met. In an effort to counter this, the coalition has agreed to only try to pass non-controversial bills that have broad support.

Bennett met on Sunday with the leaders of the coalition parties, except Abbas who is abroad, and they agreed “to work together in order to maintain the government and the coalition for the good of Israeli citizens”, says a statement.

Bennett addressed coalition stability at the meeting, warning of the consequences of dissolving the government.

“The government must continue to operate so that companies affected by the Omicron wave are compensated, [and] so that this year’s Lag B’Omer festivities at Mount Meron go ahead safely and do not end again in an avoidable tragedy,” the Prime Minister said.

While the full legislative slate will be finalized in the hours before the opening of the first plenum of the session, one of the first measures expected is a bill to compensate freelancers financially impacted by the latest wave of COVID.

Despite this, other cracks were already appearing.

On Sunday, MK Eli Avidar — elected to the Knesset with the Yisrael Beytenu party but operating independently — reaffirmed his intention to advance a bill to bar a defendant from forming a government, widely seen as a personal attack on Netanyahu .

A source in Bennett’s Yamina party pointed out that Avidar’s bill was exactly the type of counterproductive behavior that could jeopardize the fragile consensus. 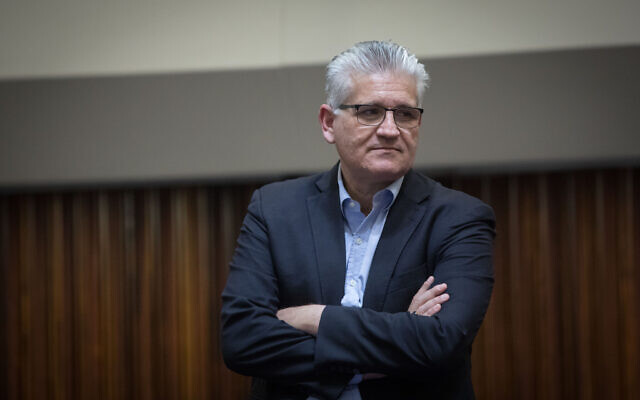 Similarly, a potentially inflammatory bill is proposed by Likud MK Avi Dichter but backed by Yamina Religious Affairs Minister Matan Kahane in the Ministerial Committee on Legislation, a guardian of government-backed legislation. . The bill would amend the penal code to classify “foreign political entities” as foreign agents with whom the state could restrict contact, according to a report by the Hebrew daily Israel Hayom. The expanded definition would include non-state bodies like the Palestinian Authority and is understood to be a constraint on left-wing organizations. He would be hard to swallow in a coalition that includes the dovish Meretz and Labour.

The prime minister’s own party, Yamina, is also a source of tension, with Interior Minister Ayelet Shaked and MPs Nir Orbach and Abir Kara now coordinating their actions. Currently, Orbach’s demands are being addressed by extending child care subsidies to yeshiva students and moving forward on approval for settlement construction in the West Bank. Kara wants economic benefits for small businesses and the self-employed, which includes the Omicron subsidy bill due Monday.

Yamina MK Shirly Pinto also caused a stir, saying she wanted Silman’s coveted chairmanship of the Knesset Health Committee. Silman, despite leaving the coalition, was able to retain leadership of his committee as Yamina hopes this will induce Silman to abstain from voting against the coalition. Channel 12 reported that Pinto had made additional demands of Bennett, including funding for community services for people with disabled.

The coalition still does not have a new whip, following Silman’s resignation. Yesh Atid MK Boaz Toporovsky temporarily fills the spot, but Bennett wants a Yamina member to fill it. Orbach, apparently the party’s first choice, did not agree to take on the role. His team highlighted its pending demands, including finalizing construction plans in the West Bank and connecting illegal settlement outposts to the power grid.