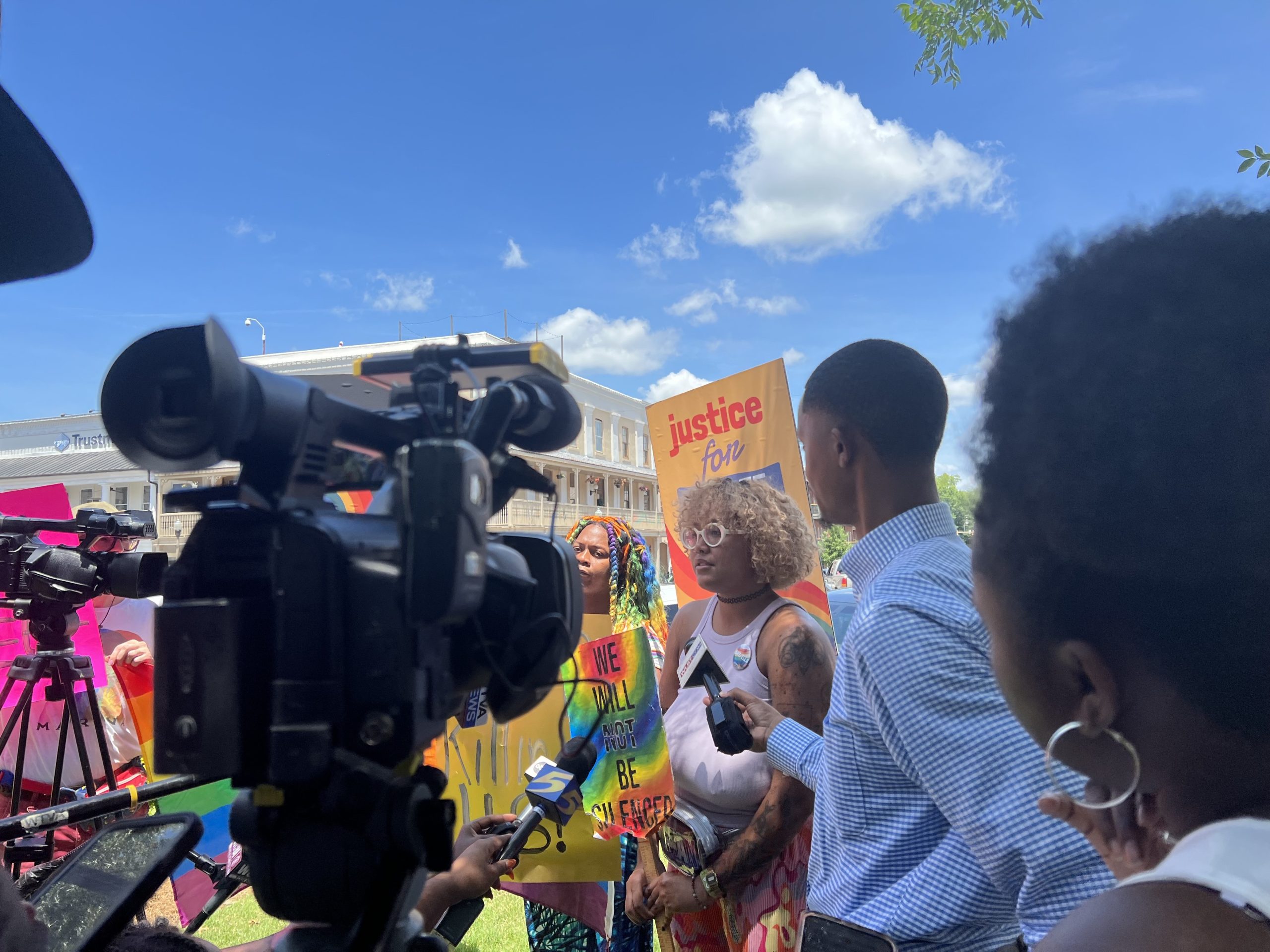 OXFORD — Shelton Timothy Herrington Jr. — the recent Ole Miss graduate who is charged with the murder of Jimmie “Jay” Lee — made his first appearance before a Lafayette County Circuit Court judge on Wednesday. Dressed in an orange jumpsuit, hands clasped behind his back, Herrington said a few words to the judge and, within 10 minutes, the proceedings were over.

Herrington and Lee’s family friends and classmates had hoped the hearing would provide answers to questions that had been swirling for nearly three weeks since the disappearance of Lee, a well-known black University of Mississippi student in the LGBTQ community.

At the very least, they wanted to know if Herrington, 22, would post bail. But Kevin Horan, Herrington’s attorney and a state representative, requested that the bail hearing be postponed until August 9. Herrington will wait in jail until then.

The Oxford Police Department arrested Herrington on Friday, July 22, after two weeks of searching for Lee, sending shockwaves through the university. Little information is publicly available about why the police arrested Herrington. Carlos Moore, Herrington’s uncle who was also held in the case, said Herrington was innocent.

Many students know both Lee and Herrington, who were involved in many of the same black organizations on campus. That night, it seemed like the students immediately took sides and started speculating, said Braylyn Johnson, a recent graduate who lived with Lee during the pandemic.

“When they (the police) announced on Friday that Jay was dead, they didn’t say anything, they just said they had arrested another student,” Johnson said. “It was a time for people to not necessarily have their moment of mourning for Jay Lee – they took it as a time to stand up for Tim.”

Johnson was at the courthouse on Wednesday for a protest she and other students had organized. An Instagram account called “Justice for Jay Lee!” encouraged people to come out wearing bright colors, and Johnson brought hand-drawn signs and a cooler of bottled water. Two hours before the hearing, she stood next to the lynching memorial near the courthouse, readying her sign.

She said Lee — who spoke candidly about the routine violence trans and non-binary people face every day in Mississippi — also allegedly organized a protest.

“Jay Lee would have spoken for anyone,” she said. “‘Justice for Jay Lee?’ He would have done that 10 times.

At around 12:30 p.m., three police officers walked Herrington down a sidewalk and into the side door of the courthouse.

“That was really bad of you, Tim,” she cried.

Inside the courthouse, Herrington’s family was waiting on the first floor in front of the metal detector. Once the courtroom opened, three university policemen separated the crowd to let Lee’s family pass. Some of Lee’s family and friends wore white shirts printed with the words “Justice for Jay”.

Lee’s parents sat in the front row, his father’s hand on his mother’s shoulder.

The judge initiated the procedure. He warned everyone to turn off their cellphones as there were “a few more people than usual” in the courtroom.

After the hearing, Herrington’s family left the courtroom first. One of his family members watched through the glass door of the courthouse as Johnson and more than a dozen of Jay’s friends and classmates marched in a circle and chanted “justice for Jay.” Some protesters descended from Memphis.

Many of Lee’s friends are part of Oxford’s LGBTQ community who have found more acceptance here than in their hometown. One such student is Adrian Word, an Ole Miss junior from Tishomingo. He identifies with Lee.

Johnson said she felt the LGBTQ community was “tolerated” but that Oxford and the university could do more. In particular, she took issue with the statement Chancellor Glenn Boyce released Friday night acknowledging Herrington’s arrest.

Boyce wrote that “as investigators continue to search for Jay, we continue to keep Jay’s family and friends in our thoughts and prayers during this time of tremendous grief.” He included links to several webpages for mental health services on campus, adding “in light of this latest development, I encourage you to support and support each other.”

Johnson said she thought Boyce should have said more.

“Chancellor Boyce, his remarks are so – nothing, you know?” says Johnson. “As if a student had been fucking murdered. And you know, you think he would like to say more. He said more about us winning a baseball national championship.

The LGBTQ community faces disproportionate violence and harassment in Mississippi – a systemic issue that is also deeply personal. Lee’s murder, Johnson said, directly affects everyone in the community.

“It’s not just that someone died, like a whole community was scared,” Johnson continued. “Like I mean this is my last friend in the LGBT community that’s going to face violence from someone else…but that’s not the case.”

We want to hear from you!

By listening more carefully to and understanding the people who make up Mississippi communities, our reporters put a human face to how politics affects Mississippians every day. We listen carefully to our readers to help us continue to align our work with the needs and priorities of people across Mississippi. Please take a few minutes to tell us what you think by clicking the button below.

Republish our articles for free, online or in print, under a Creative Commons license.

Welcome to the redesigned GoHofstra.com

The FBI is asking questions about the source of the sexual assault claims against the former Lieutenant Governor of Virginia.