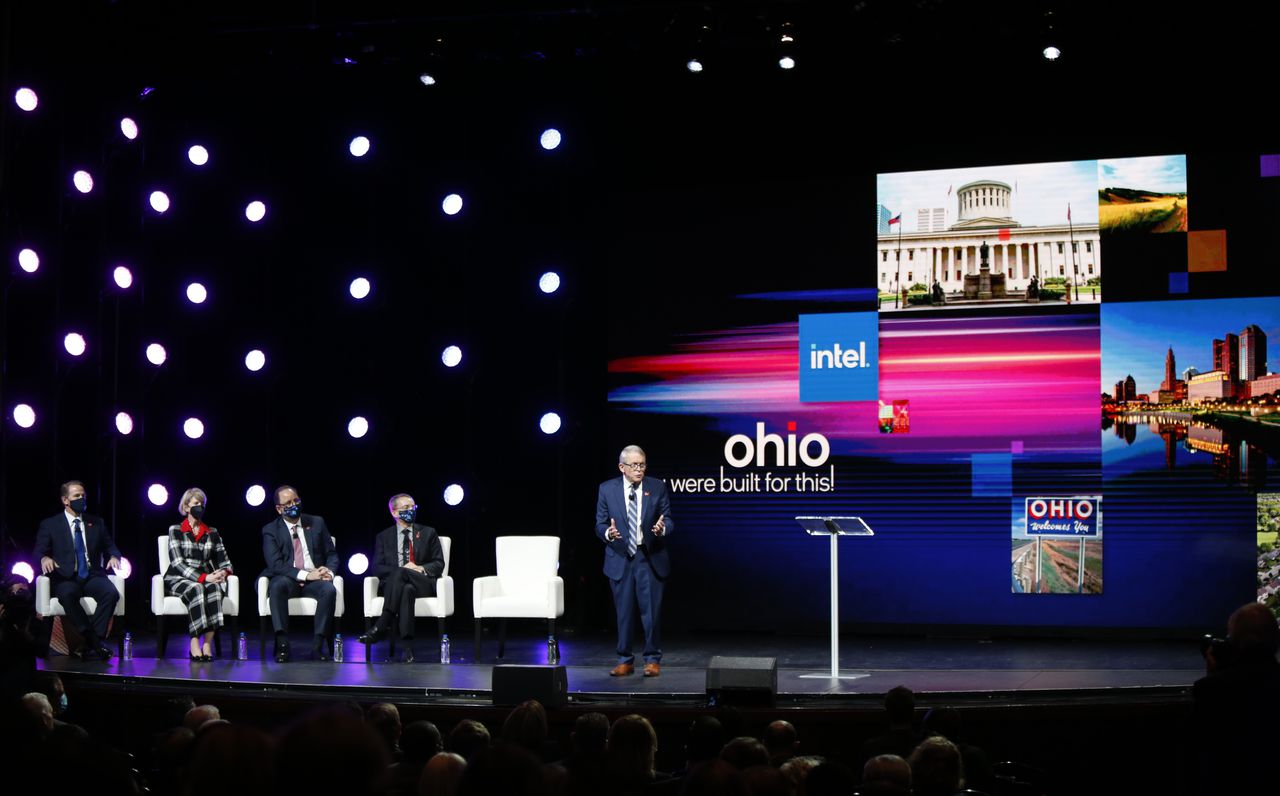 Intel deal looks like a winner for Governor DeWine, but he could still face questions: Thomas Suddes

When veterans of Republican Gov. James A. Rhodes’ four administrations get together, you can bet the farm one word will always pop up – “Honda.”

Perhaps the word “Intel” will claim the same prominent place for incumbent GOP Governor Mike DeWine and alumni of his administration when they recount DeWine’s record.

“Honda” refers to the 1977 development coup that the then government. Rhodes withdrew. He lured the Japanese automaker to Ohio, initially to manufacture motorcycles in suburban Columbus. Automobile production, also in Marysville, followed in 1982. Today, Honda is among the largest manufacturers in Ohio. And the northwest suburb of Columbus is booming.

DeWine announced Jan. 21 what could also become his gubernatorial watchword, revealing a dramatic investment in Ohio by semiconductor producer Intel Corp. It will build two state-of-the-art factories in New Albany, a northeast suburb of Columbus. (Full disclosure: I own about 10 shares of Intel, purchased prior to the announcement.)

It’s hard – at the time of this writing – to overstate the economic and political benefits Intel’s decision represents (a) for Ohio and (b) for DeWine’s political circumstances (with ifs and corn).

These facts are what then-Secretary of Defense Donald Rumsfeld called “known knowns.” But as he notably added, “We also know that there are known unknowns.”

Some unknowns in that regard became known Friday, thanks to state development director Lydia Mihalik, a DeWine cabinet member, and JobsOhio.

Mihalik said direct state spending would be close to $1.3 billion, made up of a $600 million “relocation” incentive paid to Intel and $691 million spent on roads, utilities, etc., in the area around the Intel site in Columbus. The $1.3 billion is about $110 per Ohio resident.

The cost of the Intel deal may not be all that looms on the campaign trail as DeWine seeks a second term. First, criticism of the governor among fellow Republicans, in whose parallel universe COVID-19 is considered as dangerous as the common cold.

Then there are DeWine’s managerial critics, who think he sometimes ducks when he should be fighting with a general assembly that often seems as mature as a high school student council. Finally, there’s the House Bill 6 scandal, in which lawmakers — note, from both parties — danced to the tune of FirstEnergy Corp. And DeWine signed the bill.

In the campaign leading up to the May 3 primary, DeWine was challenged in the Republican primary by former U.S. Representative Jim Renacci of Wadsworth. Then later this year, in the middle of the general election campaign, there could be the trial of former Republican Speaker Larry Householder on federal corruption charges related to HB 6 — keeping that issue on voters’ radar. (The owner is presumed innocent unless a jury finds him guilty.)

A Democrat who challenges DeWine, former Dayton Mayor Nan Whaley raised a key question about the Intel deal: “This is great news for New Albany and the Columbus area, but we need a genuine commitment to creating good jobs in communities across Ohio, not just the Columbus area.

Northeast Ohio and the Miami Valley would leave no stone unturned for a deal like New Albany. Certainly, there can be challenges – finding enough virgin land, establishing road and energy connections. But at the Statehouse, like elsewhere in Ohio, when there’s a will, there’s a way. So a good question, as promising as New Albany news is, is: what’s on the horizon for Mansfield? For Springfield? For Youngstown?

Thomas Suddes, member of the editorial board, writes from Athens.

Editor’s note: This column was updated at 6:30 p.m. to correct the middle initial of JP Nauseef, President and CEO of JobsOhio.

Do you have anything to say on this subject?

* Send a letter to the editor, which will be considered for print publication.

* Email general questions about our Editorial Board or comments or corrections to this opinion column to Elizabeth Sullivan, Chief Opinion Officer, at [email protected]