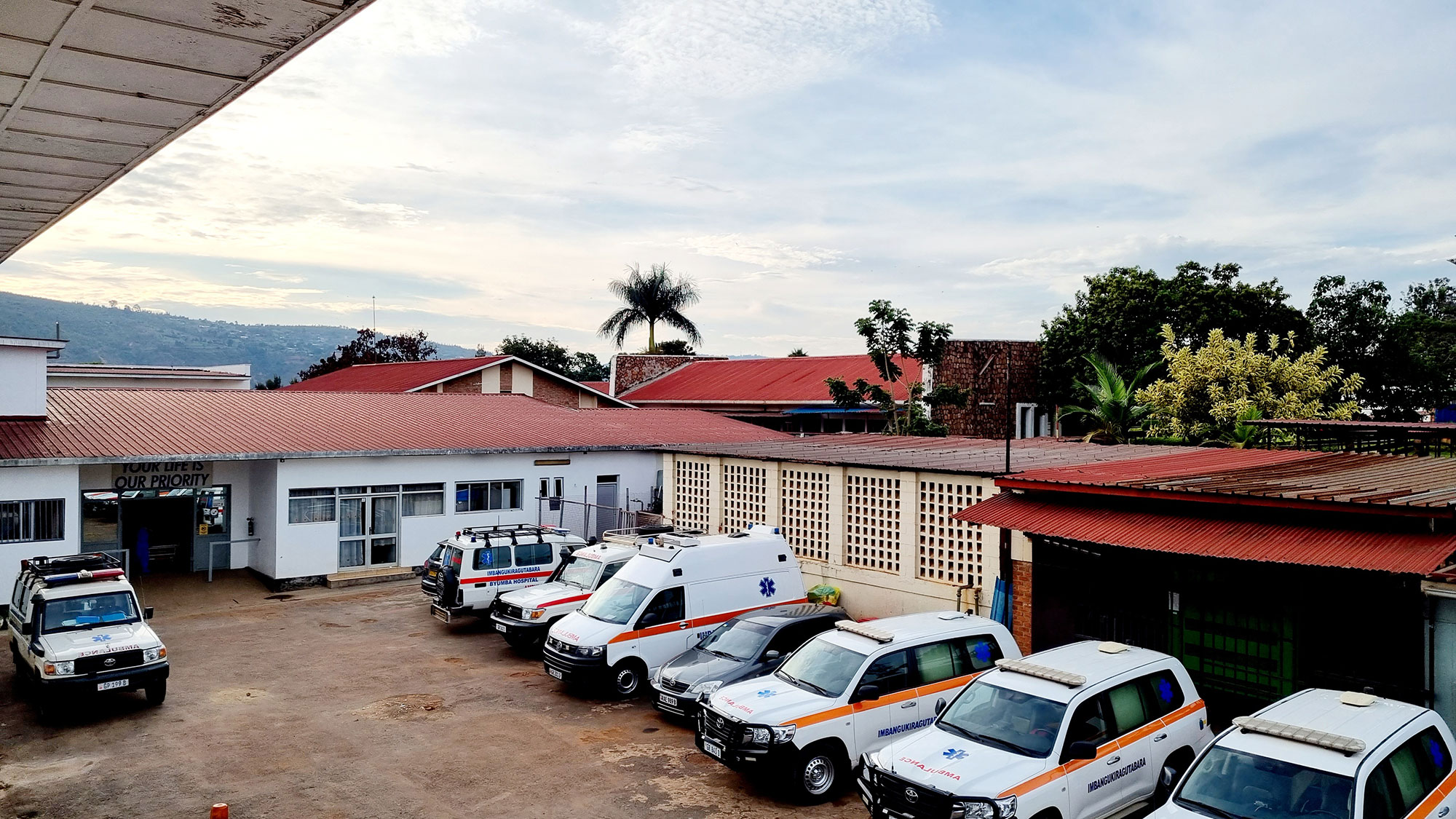 The “golden hour” – the first 60 minutes after a major trauma – is often crucial for survival. But how golden that hour is often depends on how quickly emergency medical personnel can respond to the crisis, initiate life-saving care, and get critically ill patients to the emergency room.

In the United States and other industrialized countries, this type of rapid response is virtually guaranteed. Unfortunately, this is not true in much of the developing world, including Rwanda, a central African country the size of Maryland.

There are only 277 ambulances nationwide to serve a population of almost 13 million people. Kigali, the national capital, has just eight such ambulances and 60 emergency medical service providers to treat around 1.5 million people.

In 2011, Sudha Jayaraman, MD, M.Sc, now director of the Center for Global Surgery at the University of Utah Health, was asked to join the effort to address this disparity. At the time, she was a fellow in trauma, critical care, and acute care surgery at Brigham and Women’s Hospital at Harvard Medical School in Boston.

Since then, she has brought together a group of surgeons from the University Teaching Hospital in Kigali, Brigham and Women’s Hospital and Virginia Commonwealth University. This group determined that Rwanda, like many low- and middle-income countries, needed to significantly improve its emergency services.

Over the past decade, the project has provided advanced training for emergency responders and hospital staff and established standardized checklists for patient care on their way to the hospital. He also created a patient registry to assess trauma care at several of the nation’s leading hospitals with funding from The Rotary Foundation, the National Institutes of Health (NIH), and philanthropists.

Overall, the effort has improved the quality and consistency of care before arrival at the hospital, according to Menelas Nkeshimana, M.Med, head of accident and emergency department at Kigali University Hospital, principal on-site investigator of the NIH grant and vice-president of the Rwanda Medical Association.

“The ongoing partnership with the University of Utah is a living testament to the fact that there is always power in collaboration,” says Nkeshimana.

Over time, the researchers say these improvements could be implemented in other low- and middle-income countries where more than 90% of the world’s trauma-related injuries and 95% of child deaths from trauma occur. traumas.

However, gaps remain, particularly in communications between dispatchers, ambulances and emergency room personnel.

“Over the past decade, we have trained many staff members and standardized the way they provide care,” says Jayaraman, who was recruited to U of U Health in 2020 to lead its global surgical efforts. . “But having trained staff who can provide high-quality care won’t help you if you can’t find the patient or figure out which hospital has the right resources or the best way to get them there. »

Although Rwanda has a national emergency phone number, 912, many homes across the country do not have addresses, and GPS data is rarely available for location information. Therefore, it is difficult to determine where an emergency phone call is coming from or where the nearest ambulance is.

To help remedy this problem, the next phase of the project, supported by a 5-year, $850,000 grant from the NIH and led by Jayaraman, will focus on creating a more efficient communication system designed to locate patients. faster, stabilize them quickly, direct the ambulance to the correct hospital, and reduce the percentage of pre-hospital transport time above 60 minutes.

Jayaraman, the principal investigator for this grant, says the system will be designed and tested in partnership with RwandaBuild, a group of software developers in Kigali, before replacing the existing system. Among its innovations is the development of GPS-based technology to improve patient geolocation. The team plans to evaluate the effectiveness of implementing such an intervention on a large scale to show its impact.

“In this partnership with the Government of Rwanda, our team has the opportunity to truly set the standard for the establishment of emergency dispatch systems in Rwanda and other low- and middle-income countries so that care trauma are expedited and many lives can be saved,” Jayaraman said.

In addition to U of U Health, doctors, scientists, software developers and policy makers from the RwandaBuild program, Rwanda Biomedical Center, University of Washington, University of Rwanda and University of Birmingham in the UK United are participating in this project. The team is in the process of receiving a multi-million dollar award from a UK agency to expand this work across the country.