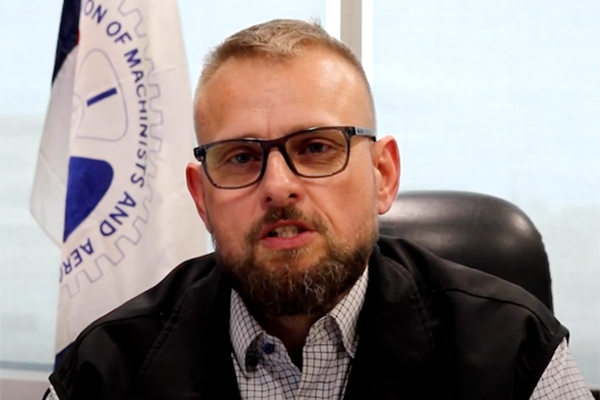 Much like in the United States, the political pendulum has swung to the right, as evidenced by several elected Conservative governments across Canada. Canadian unions know that tough battles are on the horizon. Regressive legislation, wage freezes and difficult bargaining environments would become the norm, but the events of the week of November 4 were a full frontal attack marking monumental and unprecedented limitations on the right to bargain fairly and freely; a right that is not only sacred to work, it is enshrined in the Canadian Constitution and protected by the Human Rights Code.

One of the largest public sector unions has entered into negotiations with Ontario Premier Doug Ford’s Conservative provincial government for a group of lowest-paid education workers, most of whom are women. These workers had faced wage freezes in previous labor contracts, many worked two or three jobs to make ends meet, many relied on food banks to feed their families, and most lived in poverty.

The province offered wage increases of 1.5 to 2.5 percent amid high inflation and rising costs of living; put simply, the offer was not just unacceptable, it was an insult. The union was in a legal position to strike, and after announcing its plans, the province took preventive action that would prevent a strike. Their legislation would also impose a collective agreement that could not be overturned by any arbitrator or labor commission. She went so far as to prevent the Ontario Labor Relations Board and other bodies from determining whether a provision of the law or any action is constitutional or in conflict with the Human Rights Code.

In just 48 hours, the unions as well as the labor centrals (Congress of Labor and Federations of Labor) mobilized and organized demonstrations across Ontario, and never hesitating to fight, the machinists were the first to be there, together.

The labor movement was expecting a general strike; we couldn’t stand idly by while everything we had fought for was taken away from us. We took him to the streets and were ready to protest for as long as it took to secure a victory.

The show of strength, unity and public support for the unions worked; the voices of workers across the province spoke loudly – we were ready to fight, and we would fight as long as it takes, to protect one of our most sacred rights, the right to bargain, without this right, what is a union?

Tensions were high and the IAM, along with other unions, worked around the clock to strategize protests, escalation and other tactics. In response to the mounting pressure, the Prime Minister blinked and promised to repeal the legislation and return to the table. A day of protests across Ontario with thousands of workers sending a message to the Conservative government, showing them and reminding us of the power of solidarity and organized labour. How powerful the union is and how effective workers are when we are organized – the sky is the limit when we are united.

The week of November 7 was historic for many reasons, but we will remember it for our victory over a government hungry for absolute power and in utter contempt for working people. The battle is not over yet, but in this round of bargaining, the government knows, the labor movement is watching and ready to strike again – to support workers and to defend our rights.

For the open letter from GVP David Chartrand, please follow this link.