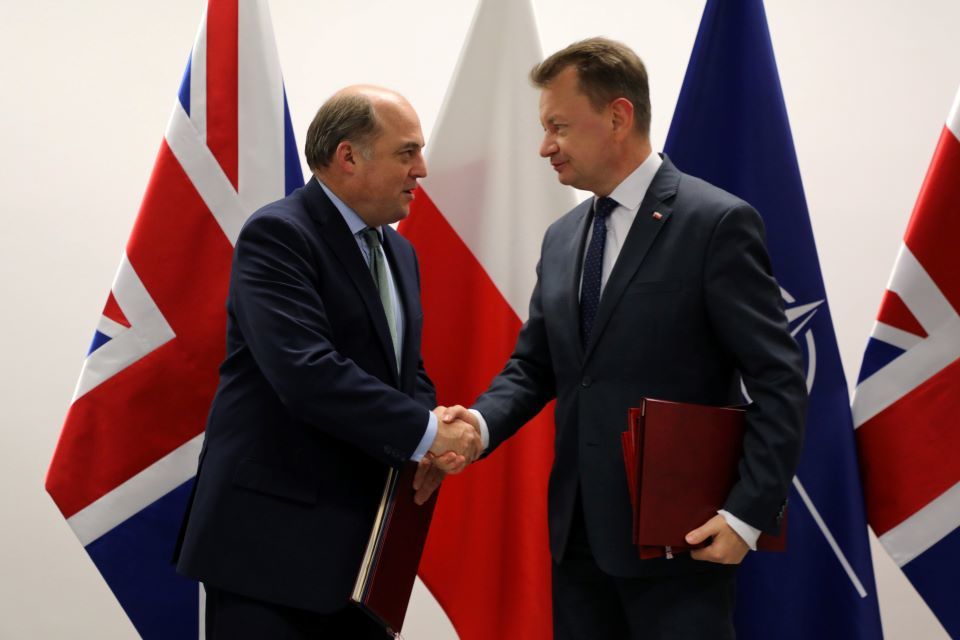 Today at the Zamość military base in Poland, British Secretary of Defense Ben Wallace and Polish Deputy Prime Minister and Minister of National Defense Mariusz Błaszczak signed a Memorandum of Understanding on complex weapons of air defense. This allows the UK and Poland to cooperate in the development and manufacture of current and future complex weapons, further strengthening the relationship established through the Defense and Security Cooperation Treaty (2017) and deepening the interoperability of our armed forces.

I am delighted to be in Zamosc today with my friend and close defender Marius Balszczak.

We have had a close defense alliance with Poland for over 150 years and in the face of the Russian threat, we need the equipment and capabilities to protect our people and preserve European stability.

Our new agreements demonstrate this commitment and the UK’s support for Poland’s defense modernization plans.

Through the MoU, the two countries will strengthen industrial and governmental ties and support Poland in establishing sovereign missile manufacturing capabilities, providing a framework for industrial cooperation and co-development.

Delivering Small Narew to Poland in such a short time is a remarkable achievement, and we are proud that this has been achieved thanks to our very close partnership with the Polish group Zbrojeniowa and thanks to the strong support of the UK government.

Today’s agreements launch the next stage of Polish-British missile cooperation and underpin the PGZ-MBDA technology transfer proposal on Narew, while supporting Pilica+, Miecznik, Tank Destroyer and other vital projects .

The two ministers also agreed on a new working group, which will explore the possibility of the British and Polish armed forces cooperating on the development of a future joint missile. Although the requirements for the missile are still under development, it is envisioned to be a medium to long range surface launched missile that can be used in both land and sea environments and will be a development of the CAMM missile family.