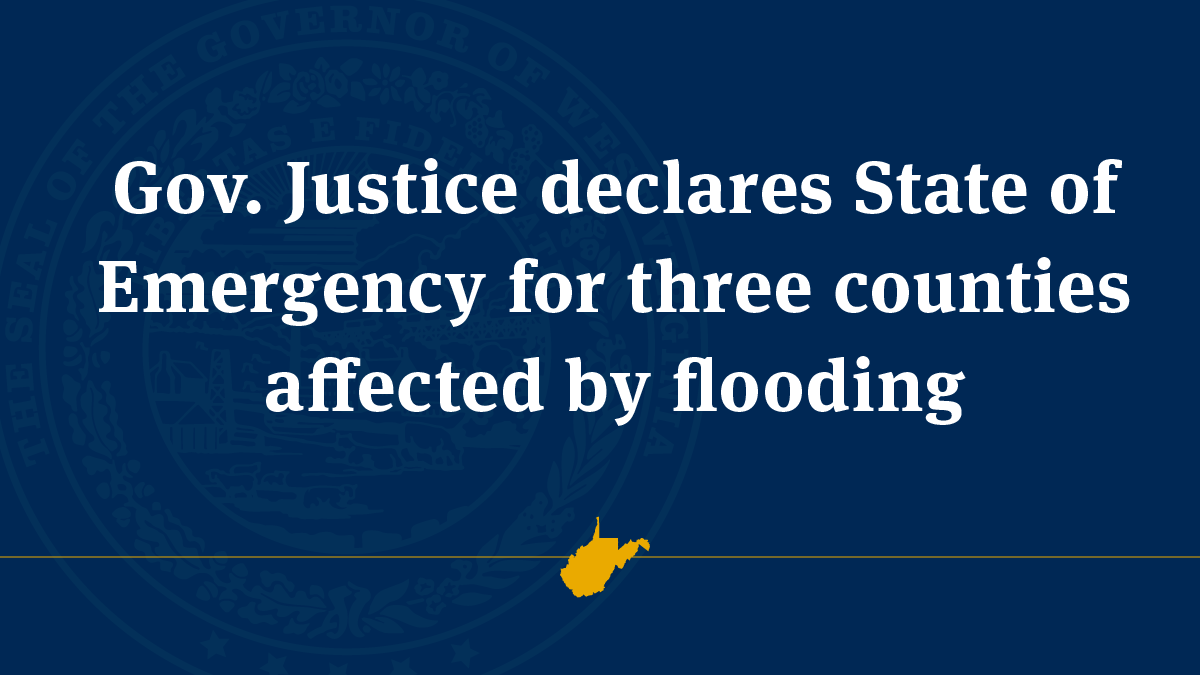 Click here to see the declaration of the state of emergency

A severe rainstorm caused flooding, power outages and roadblocks in all three counties. More severe thunderstorms are expected in the coming days.

The Governor has authorized the West Virginia Division of Emergency Management to support local counties and use all necessary state resources. The State Emergency Operations Center coordinates with reporting area officials to determine their needs. This state of emergency will remain in force for thirty days unless terminated by subsequent proclamation.

Governor’s readiness for all 55 counties, that he said yesterdayremains in force.

CHARLESTON, West Virginia – Governor Jim Justice declared a state of preparedness for all 55 West Virginia counties due to the threat of flooding this weekend.

The main threat will be possible isolated flash flooding from heavy downpours or regular rain, with storms forecast for much of the state today and through the weekend.