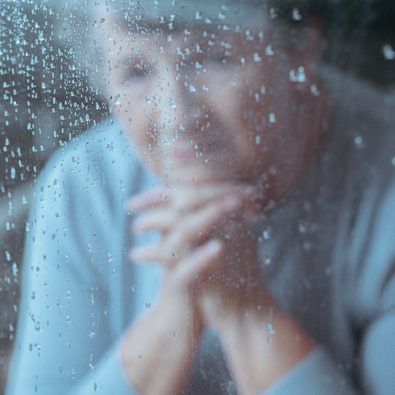 Some cases of Alzheimer’s disease may be due to genetic risk factors that may underlie depression, according to an NIA-supported data mining study by researchers at Emory University School of Medicine. The results, published in Biological psychiatrysuggest that the activity of at least seven genes could help explain why depression appears to increase the risk of developing Alzheimer’s disease.

First, the researchers looked for links between the two disorders by analyzing data from more than 1.2 million individuals of European descent who participated in several genome-wide association studies (GWAS ). These types of studies aim to find one-letter changes in DNA sequences, called “single nucleotide polymorphisms” – or “SNPs” for short – that often appear on the chromosomes of individuals with a particular disease. .

Although several other studies have suggested a relationship between depression and Alzheimer’s disease, previous attempts to search for genomic links between the two disorders have produced mixed results. But these surveys relied on a single GWAS of each disease.

In contrast, for this study, the scientists sought the combined results of several GWAS studies on depression and Alzheimer’s disease. Generally, the combination of data increases the chances of detecting reliable signals. They also used advanced analytical techniques to assess how SNPs can influence gene activity.

Initially, the team discovered that there is a shared genetic risk between the two diseases. In other words, they saw a correlation between the SNPs carried by people with Alzheimer’s and those observed in individuals who had experienced depression.

The researchers then used a different analysis technique to determine if there might be a causal link between the diseases. They found that SNPs associated with depression also increased an individual’s chance of developing Alzheimer’s disease. However, the opposite was not observed. SNPs associated with Alzheimer’s disease did not increase the risk that an individual also had depression.

Further confirmation of these findings came when the researchers reanalyzed the combined results of two other aging studies known as ROS/MAP. Here, they found an association between participants who had higher genetic risk scores for depression and the onset of several features of dementia, including a more rapid decline in the ability to remember past experiences. Those with higher scores experienced faster memory decline.

To understand which genes could be at the origin of this association, the researchers studied the brains of individuals who participated in the ROS/MAP studies. Specifically, they looked at proteins and messenger RNA (mRNA) transcripts. When a gene is activated, its DNA sequence is copied or transcribed into mRNA and then often translated into a protein. Thus, measuring protein and mRNA levels can help a scientist assess gene activity.

In a similar type of data mining study published in Nature Communicationresearchers have found that Alzheimer’s disease and other neurodegenerative disorders may share at least 13 genetic links with several psychiatric disorders.

Overall, the results of the Emory study not only reinforced the apparent links between the two disorders, but also provided insights into how certain genes may play critical roles in driving the increased risk of the disease. Alzheimer’s associated with depression. These genes may be important targets for the development of drugs to treat both depression and dementia.

NIA AD+SARD Research Implementation Stage 2.A“To create new research programs that use data and systems-based approaches to integrate the study of the basic biology of aging with the neurobiology of aging and research on neurodegeneration, AD and AD-related dementias to better understand the mechanism(s) of vulnerability and resilience in AD at all levels of biological complexity (from cellular to population level) and to gain a deeper understanding of the complex biology and of the integrative physiology of healthy and pathological cerebral aging.