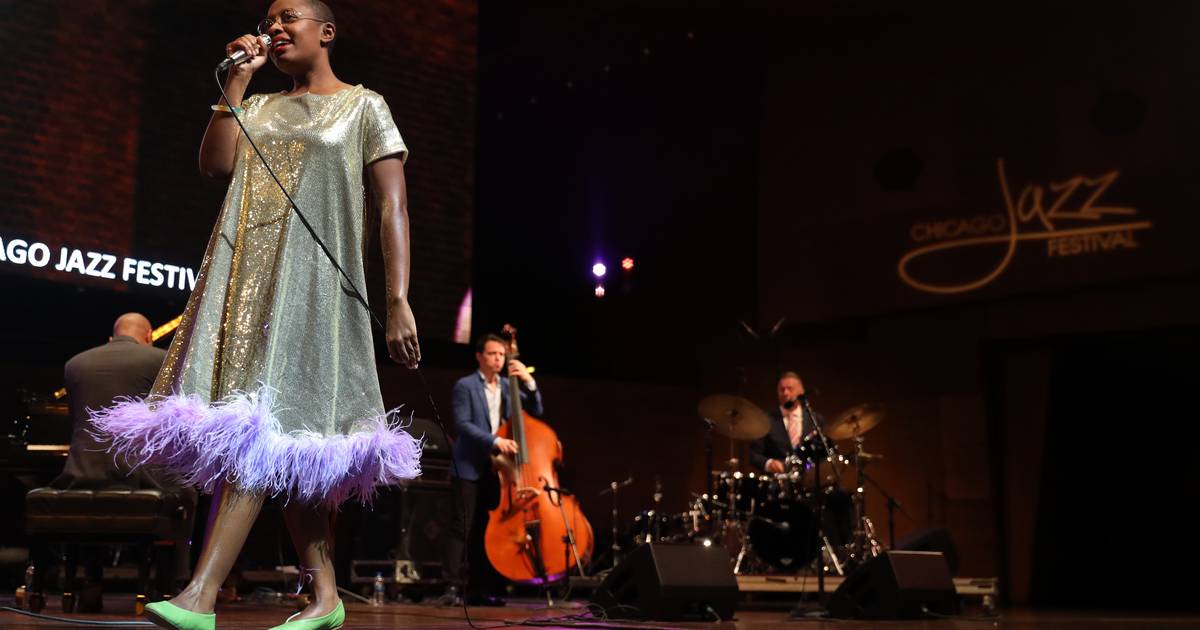 As usual, summer is shaping up to be very Chicago — touring is back, capacity restrictions are mostly moot, and festivals are back to their usual length. Our jazz favorites of a summer in full bloom, in chronological order:

Z-Fest: This citywide festival celebrates what would have been the 44th birthday weekend of Saalik A. Ziyad (aka Z), whose baritone voice graced performances by the Association for the Advancement of Musicians creative for years. Ziyad died in 2019; now in its second year, this festival continues its legacy with multidisciplinary performances across the city, many featuring members of the AACM. 7 p.m. June 2 at the Reva and David Logan Center for the Arts, 915 E. 60th Street; 8:30 p.m. June 3 at Constellation, 3111 N. Western Ave.; 8:30 p.m. June 4 at Elastic Arts, 3429 W. Diversey Ave. #208; and 4 p.m. June 5 at Stony Island Arts Bank, 6760 S. Stony Island Ave.; all concerts are free, donations are accepted. More information at zfestchicago.com

Cécile McLorin Salvant at the Symphony Center: In March, the singer with multiple laurels released “Ghost Song” (Nonesuch Records), leaning into original tunes more than any album in its catalog to date. But whether it’s an original version or a cover version (the album begins with a chilling rendition of Kate Bush’s “Wuthering Heights”), the whole “Ghost Song” is disarmingly vulnerable, as if you were seeing something you weren’t supposed to see. In this Symphony Center appearance, Salvant is joined by a five-piece band. It’s unlikely anyone will park behind the Orchestra Hall organ console for the feverish incantatory dream that is “I Lost My Mind,” but hey, we can only hope. 8:00 p.m. June 3 at the Symphony Center, 220 S. Michigan Ave; tickets $29-$199 at cso.org

100 years of Louis Armstrong in Chicago: “I arrived in Chicago about 11 p.m. on the night of July 8, 1922, I will never forget, at Illinois Central Station at 12th and Michigan Avenue,” Louis Armstrong recalled in “Hear Me Talkin’ to Ya”, an oral history of mid-century jazz. A century later and some eight miles west, the Jazz Institute of Chicago will celebrate Satchmo’s momentous arrival from New Orleans with performances by trumpeters Pharez Whitted and Derek Gardner. Jazz Links students open the show. 6:30 p.m. June 10 at the Columbus Park Dining Hall, 5701 W. Jackson Blvd.; free. More information at jazzinchicago.org/louis

Ravinia is back in force: The Highland Park mega-festival has another big lineup this year, with the must-see being a star-studded tribute to Ramsey Lewis; the dean of the piano himself—who will have turned 87 the previous month—does the headlines (June 19, 7 p.m., doors 5 p.m.). Other highlights: Trombone shorts shares the stage with the best of New Orleans in his “Voodoo Threauxdown” tour, featuring Tank and the Bangas, Big Freedia and George Porter Jr. of The Meters, among others (June 26, 6 p.m., doors 4 p.m.), and great thinker bassist Esperanza Spalding and effervescent Colombian pop group Mr. perine will close Ravinia’s Breaking Barriers Festival (July 31, 6:30 p.m., doors 4 p.m.). May 20-Sept. 18 at the Ravinia Park Pavilion, 201 Ravinia Park Road, Highland Park; tickets for the shows above range from $38 to $105. More information at ravinia.org

Chicago Jazz Fest: Details are still being worked out for this epic end-of-summer party, but the headliners that have been chosen are promising. Opening night features Pulitzer Prize-winning composer and reedist Henry Threadgill, whose formative years with the Association for the Advancement of Creative Musicians of Chicago influenced later adventurous projects – including his quintet, zooid, with whom he plays here. Other highlights: guitarist Bill Frisellebass player William Parker and his quintet, saxophonist Miguel Zenonbass player Linda May Han Ohand singer Horn Jazzmeialuckily making a local appearance after a canceled Ravinia program. September 1-4 at Millennium Park, 201 E Randolph St.; free. More information at chicago.gov

England Jazz Festival: Now in its 23rd edition, this jazz festival is the most bittersweet in town — bitter because it heralds the end of summer, sweet because organizer and saxophonist Ernest Dawkins reliably brings together a world-class range. This year includes bassist Endea Owens (you may have seen her in the house band of “The Late Show with Stephen Colbert”), Hypnotic brass ensembletrumpeter based in North Carolina Al Fort and singer-songwriter Meagan McNeal, with more acts to be announced. Opening day features a world premiere from Dawkins, but if that performance is postponed, he plans to reprise “Blacker Than Black,” the tribute to the late historian and civil rights leader Timuel Black that he premiered earlier this this month. September 15-17 at Hamilton Park Cultural Center, 513 W. 72nd Street; free. More information at englewoodjazzfest.org

Hannah Edgar is a freelance writer.