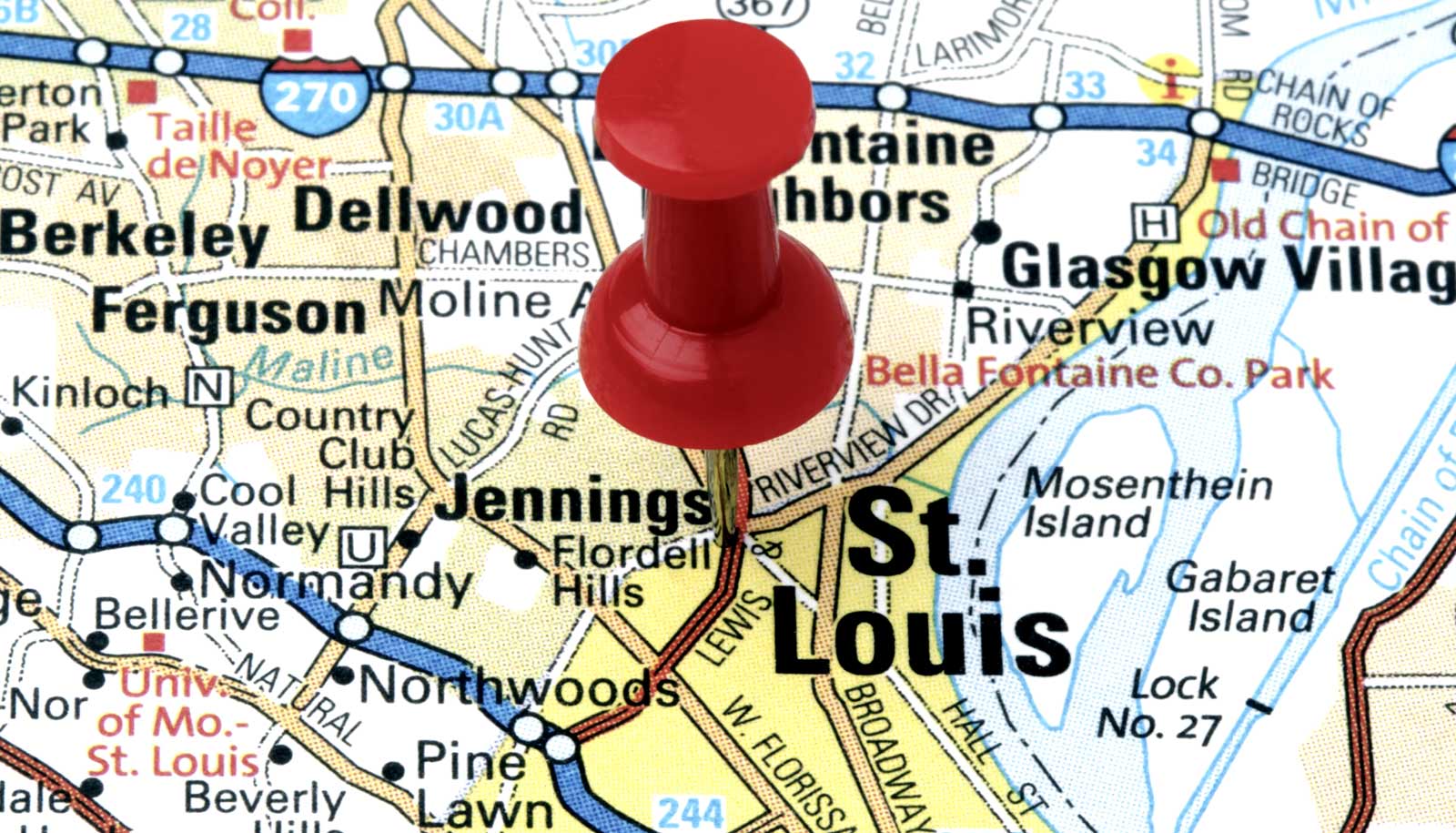 Finding links between ecological injustice and the spread of COVID

You are free to share this article under the Attribution 4.0 International license.

According to research, population density and long-term exposure to air pollution influenced the rate at which COVID-19 has spread in metropolitan areas.

During the “first wave” of COVID-19 in the United States, Rajan Chakrabarty, associate professor at Washington University in St. Louis, learned that African Americans made up 47% of the population in St. Louis, Missouri, but nearly three-quarters of COVID-19 cases.

This fact came from a item in the Boston Review, written by Jason Purnell, associate professor at the Brown School at the University of Washington. In it, Purnell notes that in St. Louis, African Americans were 12 times more likely than white residents to live in conditions with higher environmental risks, including poor air quality.

â€œIt really motivated me to try to make the connection between environmental injustice and the spread of COVID-19,â€ says Chakrabarty, who studies aerosol science at the McKelvey School of Engineering.

And it turned out that aerosol science had a lot to say about it.

New research analyzes disparities in socioeconomic, environmental and lung health factors to determine how they contributed to R0â€”How quickly COVID-19 has spread â€” across 12 metropolitan areas. The researchers found that only two factors had an overwhelming influence on R0: population density and long-term exposure to air pollution.

The study, conducted in the Chakrabarty laboratory, used data from 12 metropolitan statistical areas (MSA) – a census designation for clusters of counties composed of at least one “urbanized” area of â€‹â€‹500,000 or more inhabitants and neighboring areas to which it is linked. socially and economically.

To clarify which factors were directly correlated with R0, lead author Payton Beeler, a doctoral student at the Chakrabarty lab, looked at data from the first wave of the COVID-19 outbreak between March 1 and April 30, 2020, when the strictest stay-at-home orders were in place. square.

She took into account a few dozen factors – from household income to smoking habits to rates of people working in the service sector – that could affect how quickly COVID-19 spreads.

To determine exposure to PM2.5 over time, Beeler, who was co-advised on this research by C. Arden Pope of Brigham Young University, calculated average mass concentrations by county from 2000 to 2018 at using recently released ground observation datasets, NASA GEOS-CHEM model outputs and satellite observations. Population density was obtained from the 2019 U.S. Census Community Survey.

Of all the factors they analyzed, â€œWe found that the combined influence of population density and PM2.5 exposure had the most statistically significant correlations with R.0“, says Beeler.

Determine if there were demographic trends among areas with a high R0 asked for a little creativity.

Looking at the 12 MSAs together, nothing jumped off the screen. It was because, Beeler realized, she was trying to compare geographic and demographic apples to oranges. Take, for example, the Portland, Oregon, MSA. There is no county in this MSA with an African American population greater than 10%. Taking the MSA as a whole, it looks pretty consistent.

â€œBut if we analyze each MSA individually, what we see is very different,â€ she says. This is exactly what she saw in Portland. When she divided the MSA into counties, she found pockets where minority residents were clustered.

â€œThis is how I came up with the idea of â€‹â€‹the bias factor method.

The bias factor is a way to level the playing field, so to speak. To find it, she looked at a variable – race or PM2.5 exposure or population density – in a single county of a particular MSA. Then she compared it to surrounding counties in that same MSA. This way, any deviation from the mean was visible.

This method provided a number that could be used to compare counties in Oregon to those in Missouri to those in Georgia – comparing apples to apples, despite the wide variation in populations and factors such as exposure to long-term pollution and population density.

When making these comparisons, Beeler found higher bias factors for various counties – those with more racial and ethnic minorities – correlated with bias factors for long-term pollution exposure and density of higher population and, therefore, with faster transmission of COVID-19.

Partial funding for the work was provided by the National Institutes of Health, the Social Policy Institute at the University of Washington and the McDonnell International Scholars Academy.