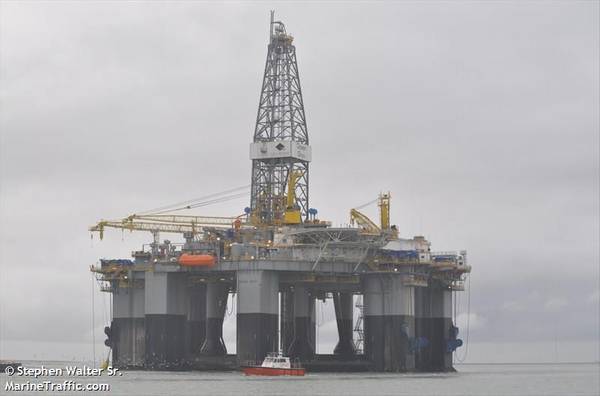 
Australian oil company Beach Energy has signed a new contract with drilling company Diamond Offshore for the use of the Ocean Onyx semi-submersible drilling rig.

The news comes after Beach in April terminated the previously signed contract for the platform, citing delays in the arrival of the platform. Diamond Offshore then sued Beach Energy for unlawful termination.

The agreement provides for the drilling of a maximum of 9 wells (6 farms and 3 options), with drilling operations scheduled to begin between December 2020 and March 2021.

The previous contract, terminated by Beach, covered 6 wells + 5 optional wells and was to start in mid-April 2020 and continue until 2Q 2021.

Under the new agreement, the first well in the drilling sequence is expected to be the Artisan 1 exploration well, followed by a series of development wells in the Géographe and Thylacine gas fields.

“The agreement, which is at a globally competitive platform rate for semi-submersible deepwater rigs, includes provisions for costs and delays related to COVID-19,” said Beach Energy. Norwegian platform brokerage firm Bassoe Offshore has estimated the daily rate at around $ 220,000.

Along with the signing of the contract, Beach Energy and Diamond Offshore also signed a settlement agreement, which dismisses all pending legal proceedings regarding the termination of the previous drilling agreement.

Beach Managing Director and CEO Matt Kay said, “We are delighted to engage constructively with Diamond and sign a new drilling agreement, in what has been a difficult time for the industry. This means Beach can move forward with its plans to develop additional natural gas supplies for the east coast gas market. ”

“We look forward to working closely with Diamond over the next few weeks to prepare for the start of the offshore drilling campaign. “