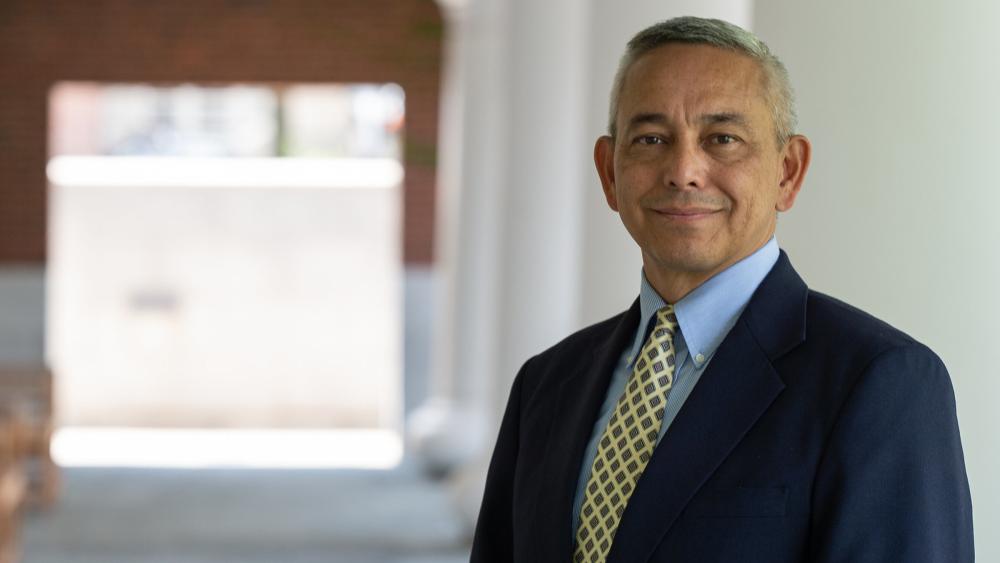 UNIVERSITY PARK, Pa. — With professional experiences ranging from teaching engineering to future military officers at West Point to establishing the mechanical engineering program at the Citadel, Rob Rabb has developed a guiding belief to underpin his approach to education. He summed up this belief in one sentence: “Engineers can do a lot for a society, whether in industry or in academia, but first they need a solid foundation – not just with knowledge. technical, but with skills like teamwork, communication and leadership.”

This philosophy is one he will apply in his new role as Associate Dean of Education at Penn State College of Engineering. Rabb took office on August 1.

“Rob brings significant experience and understanding of the educational needs of his military service and his time in academia,” said Justin Schwartz, Harold and Inge Marcus Dean of the College of Engineering. “He has a proven track record of both establishing excellent engineering programs and taking them to the next level. We salute his vision and commitment to educational excellence at Penn State College of Engineering.

As a high school student, Rabb knew he wanted to major in a STEM field, so when he entered the United States Military Academy (West Point), he did so as a physics major. But after taking engineering classes and consulting with a faculty member, he switched to mechanical engineering and, he said, never looked back.

“As early as my junior or senior year, I realized how much I really loved engineering and the impact I could have with the skills I was learning,” Rabb said.

Early in his military career, Rabb had the opportunity to return to West Point to teach after earning his master’s degree at the University of Texas at Austin. While a fair number of officers do a teaching tour and benefit from it, according to Rabb, far fewer ask to do a second teaching tour. Rabb was part of this minority.

“A lot of my peers thought it was great to be a West Point and teach, but they didn’t want to do it, the second time around; they wanted to stay on the pitch,” Rabb said. “But I thought, ‘Wow, that’s really impactful. I’ve taught 200 seniors since I’ve been here, and I’ll see a lot of them in the military again. And I did.”

After completing his doctorate in mechanical engineering from the University of Texas at Austin, he was given a second teaching tour. It was during this time that Rabb learned more about mentoring other faculty members, not just students.

“During the first teaching round, you survive as a junior faculty member, but then when you come back, you have your doctorate, you know the publications, the value of scholarships and mentorship,” he said. he declares. “So through that, I was able to help shape some of the junior faculty and open doors for them. It allowed me to see the impacts that more senior faculty members can have.

After retiring from the military in January 2014, Rabb remained committed to the education and professional development of students and fellow faculty and accepted a position establishing a mechanical engineering program at the Citadel, the Military College of Caroline from the south.

“The Citadel is an educational institution, so there is a lot of fertile ground to continue to examine what works in engineering education, what makes a difference and where the data points indicate that we should lend be careful,” he said. .

Under Rabb’s leadership, the Citadel’s mechanical engineering program has become one of the most popular majors for new freshmen, and alumni have nearly 100% employment 60 days after. obtaining their diploma. Rabb plans to apply some of what he learned during the program-building process in his new role at Penn State.

“Excellence in engineering education will always be a top priority, from individual programs to institutional impact, especially as we continue to examine different modes of education,” he said. “Whether in person, online or hybrid, we must always deliver a quality product. I would also like to emphasize that more students are entering graduate programs and on professional development opportunities for faculty and staff.

Rabb said he also looks forward to the position because of the positive environment he feels Penn State College of Engineering fosters.

“My whole interview process has been incredibly positive,” he said. “There are a lot of great people at the college, and I look forward to working with the great staff and faculty at Penn State. I want to continue the University’s traditions of excellence.