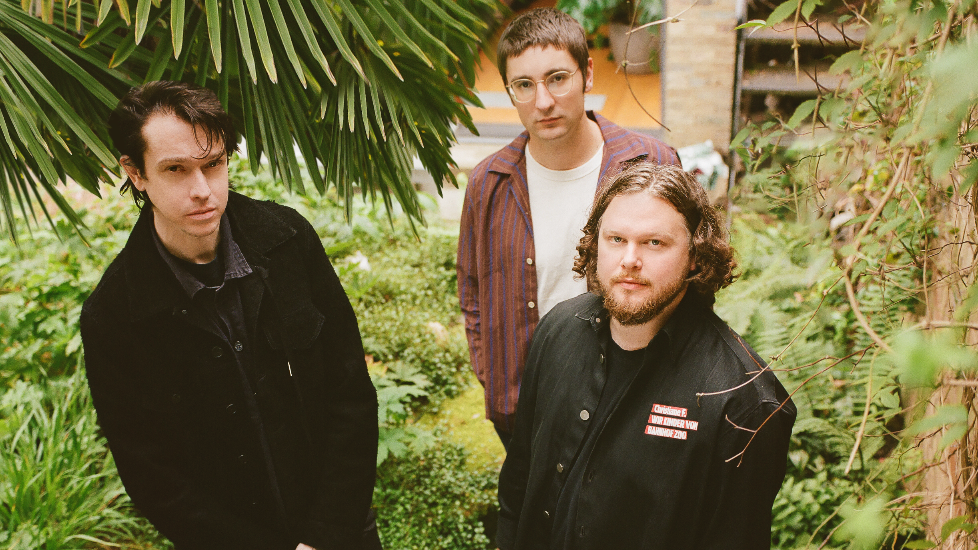 Alt-J’s “U&ME” is featured in the October issue of Heavy Rotation.

Alt-J’s “U&ME” is featured in the October issue of Heavy Rotation.

The October edition of Heavy rotation, chosen by NPR member stations, features music from The Killers, My Morning Jacket, Remi Wolf and more.

All of this month’s picks are available to stream on the Heavy rotation Spotify and Apple Music playlists at the bottom of the page. As always, you can experience fantastic music programming across the country in real time by clicking on the links to each station’s website.

The recent debut solo album by Nashville-based Americana singer-songwriter Allison Russell, Outdoor child, had been in preparation for a decade. Through various projects, including the roots duo Birds of Chicago and more recently Our Native Daughters, Russell’s solo record is a musical triumph of joy and resilience in the face of his traumatic childhood. The gorgeous, singing sway of “Nightflyer” is the centerpiece of the album. In a recent interview on World Cafe, Russell said “to me this is a thesis statement for the entire record. It starts with the pain of my childhood and goes through the arc and transformation of art and music. the music that save me, and from me becoming a mother. ” – Bruce Warren, WXPN

The dynamic single from the first album of the English group alt-J in four years, The dream, is a love story about an idyllic day at a music festival. They embrace that laid back swagger that has made them one of the most accessible experimental pop groups, with layered vocal harmonies, relaxing drums, and expansive guitar. Written before the pandemic, mostly on balances on a world tour, â€œU&MEâ€ captures the feeling of having a good time with your best friends, with simpler lyrics than alt-J songs usually serve. The group said they expected more personal stories about The dream mixed with songs about their obsession with real crime podcasts, dark Hollywood stories and the famous Chateau Marmont hotel. The new album was released in February 2022, nearly a decade after their Mercury Prize-winning debut. – Alisha Sweeney, Independent 102.3

Anderson .Paak, “Fire in the Sky”

In 1964, Quincy Jones scored his first film. He had a successful career, working with Elvis Presley, Dizzy Gillespie and as a conductor for Barclay, and film music was just one more way to show off his many talents. Anderson .Paak is the Quincy Jones of this generation. Like Jones, there’s apparently nothing he can’t do, whether it’s pop music with Bruno Mars as Silk Sonic, matching bars with Kendrick Lamar, or a movie. Anderson .Paak composed this song for Shang-Chi and the legend of the ten rings (Which is a great movie if you haven’t seen it.) It’s another gift we get from this unique talent. – Justin Barney, Radio Milwaukee

For years, it seemed like The Killers’ Brandon Flowers was looking to unlock his inner Bruce Springsteen. The band did this to some extent with Sam’s Town in 2006, but their latest album Pressure Machine is the realization of that research. Focusing on her own hometown of Nephi, Utah, Flowers elaborates clear character studies in these songs, influenced by her own childhood. “Quiet Town” takes us through the lives of the people of Nephi, presenting some of the best stories of Flowers’ career. And while the American vibe prevails here, the band’s signature synths are tasteful accents that showcase some of the band’s most comprehensive work to date. – Russ Borris, WFUV

“Love Love Love”, the first single from My Morning Jacket’s self-titled new album, marks the official comeback of one of the most beloved indie rock bands of the 21st century. Returning from a recent hiatus that saw solo projects from frontman Jim James and guitarist Carl Broemel, as well as full band collaborations with Strand of Oaks’ Timothy Showalter, My Morning Jacket returned to the essential for its ninth studio release. With a pulsating drum beat, hammering guitar riff and airy backing harmonies, “Love Love Love” is a modern day song that contains so much zest you can’t help but groove. – Desired Moses, WNRN

The big band era did not survive the Truman administration, but there’s a reason the ancients loved it: in good hands, this music swings. And in the capable hands of Cuba’s Orquesta AkokÃ¡n, the big band mambo hasn’t sounded so alive and swinging since your grandparents’ heyday. Frenzy of drums, horns and howls is rare in 2021, but leave it up to a classically-minded label like Daptone to bring the fire back to a new audience. Remarkably, all of their material is written in-house, but you would swear that “Mi Conga Es De AkokÃ¡n” is a lost classic melody somehow out of a time capsule. My espaÃ±ol is laughable but my heart, my hips and my feet clearly get the message. – Rick McNulty, KUTX

Remi Wolf has released three EPs since 2019 and in early October she dropped out Juno, his first full LP for Island Records. Like everything we’ve heard from her before, the album is filled with earworms, and the single “Grumpy Old Man” is no exception. The track starts off with a bouncing bassline that catches the listener’s attention, before a breakbeat kicks in, and Wolf wisely advises us to “look over the fence” to find out more about things we are doing. do not know yet. It’s an upbeat track that she says is inspired by “some of the more benign things [that] can make me irritated and defensive, which makes me feel old, fragile and carefree. matter. – Brian Burns, WUNC

As a consummate Halloween composition this year, this disturbing and jarring epic – arranged by E-Collective pianist Fabian Almazan – is typical of Terence Blanchard’s production these days. Is this a standalone jazz-classical hybrid or part of a new film noir score Blanchard is working on? No time for that now; the most pressing question is how to survive to the end of it without meeting your creator. In a movie, such bizarre music foreshadows someone is biting it. For Blanchard, perhaps emboldened by the Oscar nominations in 2019 (BlackKkKlansman) and 2021 (Da 5 bloods) and the recent creation of his opera Fire shut up in my bones At the Met, pushing the limits like that is just another day at the office. –Matt silver, WRTI

Offender walks away from reintegration program in San Diego