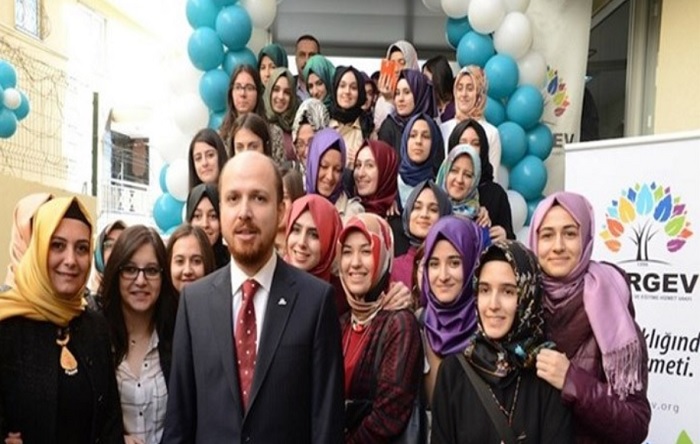 Seven pro-government foundations in Turkey shared 769 of the 848 student dormitories seized for affiliation with the GÃ¼len faith-based movement since a coup attempt in 2016, Turkish Minute reported, citing documents shared by journalist Metin Cihan on Twitter Tuesday.

At its peak, the GÃ¼len movement, a global civic initiative known for its educational activities, operated schools in 160 countries, from Afghanistan to the United States. In Turkey, the network had managed thousands of educational establishments, including schools, preparatory schools, universities and dormitories.

According to the Turkish Education Ministry, the government seized 848 student dormitories, which can accommodate 86,397 students, for membership of the GÃ¼len movement, accused by Ankara of orchestrating the abortive putsch of 2016, although it firmly denies any involvement.

The government handed over 769 to foundations and associations, according to the ministry.

According to a report by the Peace & Justice Platform, citing a notice announcing a public tender issued by the government, the minimum cost to build a dormitory with a capacity of 1,000 people is TL 27 million, this which means that the total value of the 841 student dormitories that were confiscated was TL 2.32 billion ($ 806 million, as of July 23, 2016).

Citing documents he obtained from a member of the Turkish Youth Foundation (TÃœGVA), on the advisory board of which President Recep Tayyip ErdoÄŸan’s son Bilal ErdoÄŸan sits, Cihan tweeted that in addition to lists indicating the appointment of TÃœGVA members to posts in the Turkish army, police and judiciary out of favoritism, the documents also include lists drawn up at the end of a meeting indicating the location of the dormitories seized from the GÃ¼len movement and the names of foundations to which the buildings were assigned.

Besides TÃœGVA, the list included the Turkish Youth and Education Service Foundation (TÃœRGEV), the Association of Women and Democracy (KADEM), the Ã–nder Foundation for Science, Culture and Social Services, the Society for the Diffusion of Science (Ä°lim Yayma Cemiyeti), the Ensar Foundation and the Movement of Men and Civilizations (Ä°MH).

Initially claiming that the documents were fabrications, TÃœGVA President Enes EminoÄŸlu later confirmed the authenticity of the documents in an interview with journalist CÃ¼neyt Ã–zdemir.

After a period of pandemic measures with distance education, Turkish university students have returned to school. However, inflation has resulted in a huge housing crisis, as the prices of dorms and apartments have become unaffordable for the average student.

Since September, university students across the country have been protesting against high housing prices.

ErdoÄŸan, however, rejected the students’ demands and police began arresting them as they held vigils in public parks across the country.

The opposition criticized ErdoÄŸan and his government for outsourcing student accommodation to third parties instead of opening public institutions for students.

Pro-government Islamic groups in Turkey are keenly interested in running student dormitories, which enables them to reach out to the younger generation.

Take a second to support SCF on Patreon!

Lebanese government on the brink of collapse – what is Hezbollah’s role? -analysis